Suddenly The Democrats Are Pro-Wall 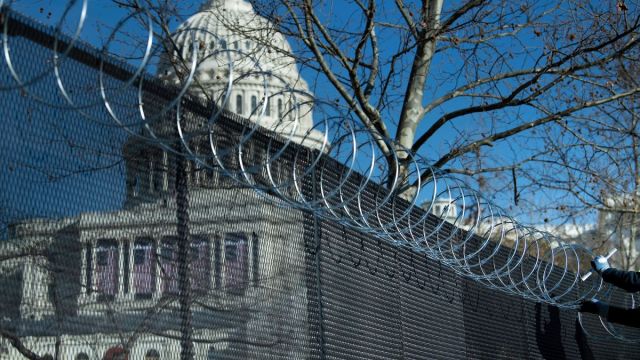 Watch the Democrats and you’ll see more flip-flops than on all the beaches in Florida (pre-covid). It seems like just yesterday they were telling us that “walls don’t work.”

A review of Capitol security after the Jan. 6 riots is going to recommend adding more fencing around the building, as well as more than 1,000 Capitol Police officers, two sources with direct knowledge of the findings told CNN.

The draft proposal of recommendations comes just over a month after Speaker Nancy Pelosi (D-Calif.) tapped retired Lt. General Russel Honoré to review security around the Capitol in the wake of a mob of former President Trump’s supporters laying siege to the building in an attempt to prevent the certification of President Biden’s Electoral College victory.

At the time, Pelosi said Honoré’s review was to focus on “security infrastructure, interagency processes and procedures, and command and control.”

1000 additional Capitol Cops? When I was living in San Jose in the mid-80’s I recall that the city of St. Joe had 972 sworn police officers. That was about the time that SJ passed SF in population.

That was what I thought of when I read “1000 additional officers.” Then I got to this part:

The additional 1,000 personnel, which could cost nearly $100 million, would include roughly 350 officers and expanded staffing in regional offices for when lawmakers are at home, one of the sources told CNN.

If they are guarding all Congressional offices in all 57 states then 1000 doesn’t sound quite so outrageous. But do we need a national security force just for Congress? I’ll point out that it was a couple plainclothes Capitol cops who stopped the attack that nearly killed Steve Scalise.

The network reported that the recommendations also include establishing a quick reaction force composed of a National Guard military police battalion that’s on standby in Washington full-time.

And the report advises long-term security changes to perimeter security, including building an integrated system of walls and fences around the complex.

The Hill has reached out to Pelosi’s office and the Capitol Police for comment.

Capitol Police officials have reportedly called for the current 7-foot-tall security fence that was erected after the Jan. 6 insurrection to be in place until September. This came after acting U.S. Capitol Police Chief Yogananda Pittman recommended the fencing be left in place permanently, which garnered bipartisan backlash.

Pittman told lawmakers on Thursday that the security measures were “not popular,” but said that they will have to remain while Congress faces security threats.

The report recommends a wall because Nancy Pelosi wants a wall around her fiefdom. (You can call it a wall or a fence but that’s samey-same. Nomenclature is macht nichts.) If Nancy didn’t want that wall it would not be there. General Honoré is Pelosi’s puppet.

Nancy’s political acumen seems to have eroded from TDS and syphilitic insanity. Fencing off the Capitol Building is a bad idea. We used to take pride in the fact that our nation’s capitol didn’t look like a military fortress.

Visitors from other countries have often been amazed at how wide open Washington DC has historically been. Certainly the British found it easy enough to march right in and burn down the White House and set fire to the Capitol in 1814. But we didn’t build a wall around the Capitol when we rebuilt it.

The first fence around the White House was built during Jefferson’s administration, but it was put up to keep livestock and wild animals from wandering onto the grounds. It’s been about 120 years since you could walk right up to the White House.

Don’t get me wrong – I think we should build a wall around all of Washington DC. Then we should close the gates, lock them, and throw away the keys. Ever seen “Escape From New York?” That’s what I’m talking about.

The Capitol Building is an important historical artifact. It has a rich history and contains a lot of American art. But do you know what the Constitution says about the Capitol? Nada planada. The building was started in 1800 and the British only burned part of it. The original version did not have electricity, let alone telephone and wi-fi. The place is too small for the current size of Congress, and it is infested with roaches and politicians.

We should turn all of Washington DC into a historical monument and build a new state-of-the-art capital in a central location like Kansas. The deep state bureaus and agencies should be broken down into regional offices and spread around the country.

If a small army of white supremacists (good luck finding that many) took possession of the Capitol Bldg (#OccupyCapitolHill) and declared themselves to be the new US Congress they would have no more actual power or legal standing than the autonomous “CHOP” zone had in Seattle last summer.

If a terrorist group detonated a nuclear weapon that leveled Washington DC and left it uninhabitable but the POTUS and most of Congress escaped/survived, we could absorb the blow and move on, just as we did after 9/11.

As far as the National Guard units currently wandering around our nation’s capital, how many of them have been issued ammunition for their rifles? They are going to be there until next fall, and ever since Kent State we have been leery of armed troops facing Leftist protestors.

One last thing: Too many people on the right accept the Left’s framing of the mostly peaceful 1/6/21 Capitol Open House.

“. . . in the wake of a mob of former President Trump’s supporters laying siege to the building in an attempt to prevent the certification of President Biden’s Electoral College victory.”

How many untrue statements can you pack in a single sentence? I’ll just point out one that is central to the Insurrection Lie: Trump supporters were not trying to prevent anything. They were hoping to persuade Congress to reject the votes of the electors from certain states where there were unexplained shenanigans on election night. The Capitol was breached while Trump was still on stage a couple miles away. We don’t know how many Trump supporters were involved with the initial breach, but we know for sure that some of the people involved were not Trump supporters. 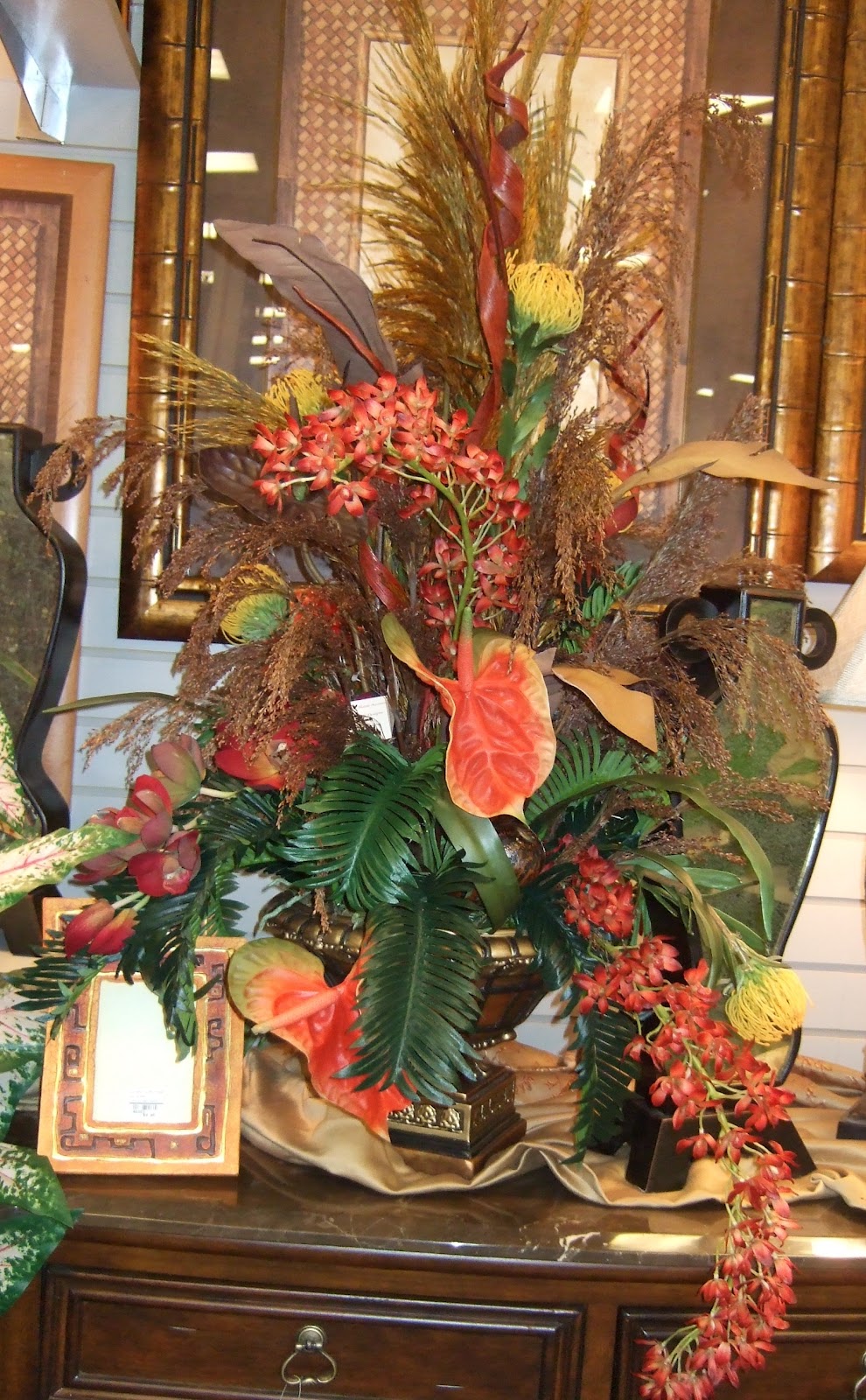 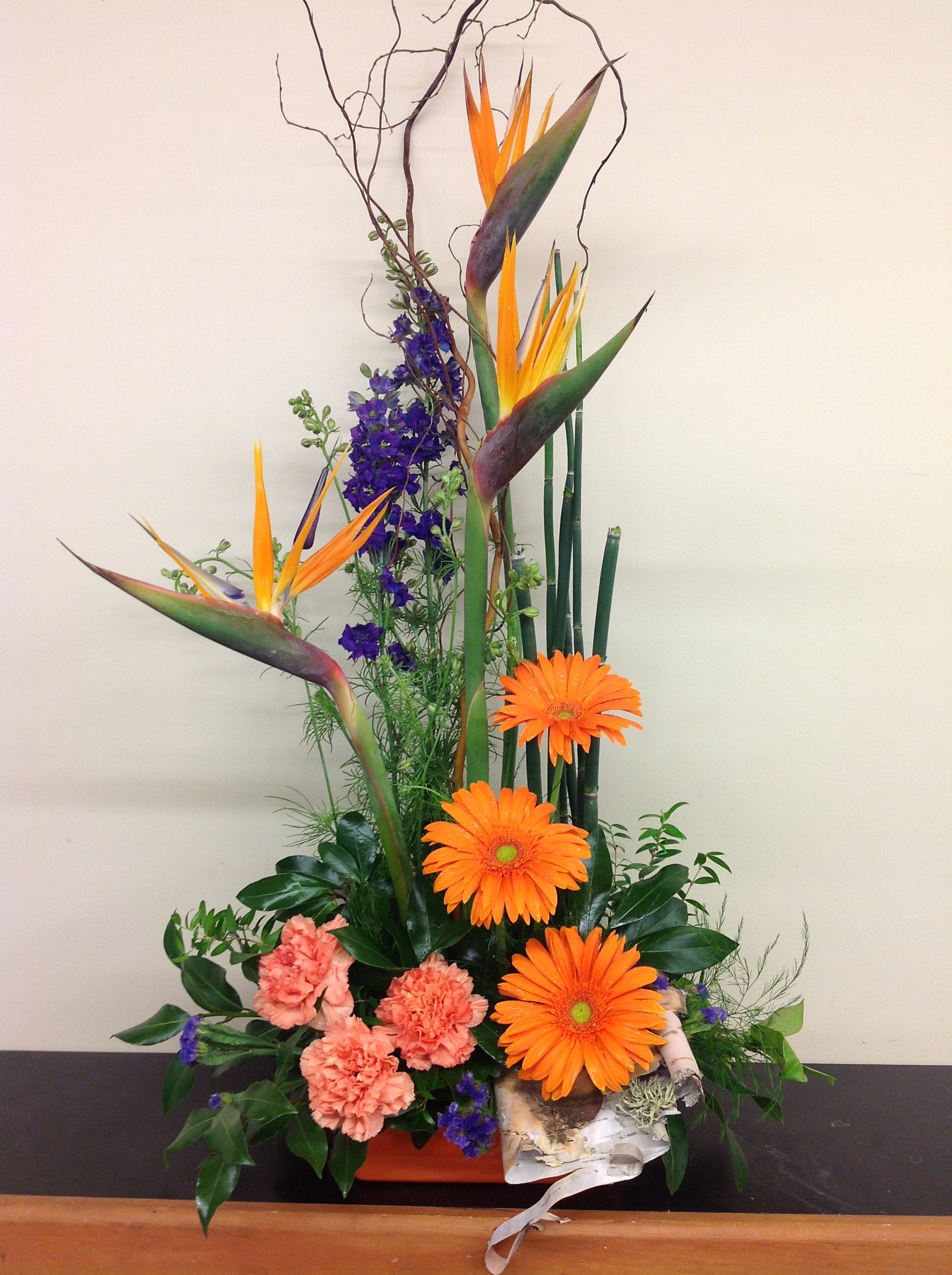 Posted on February 24, 2021 by DeniseVB
Posted in Uncategorized | 101 Comments 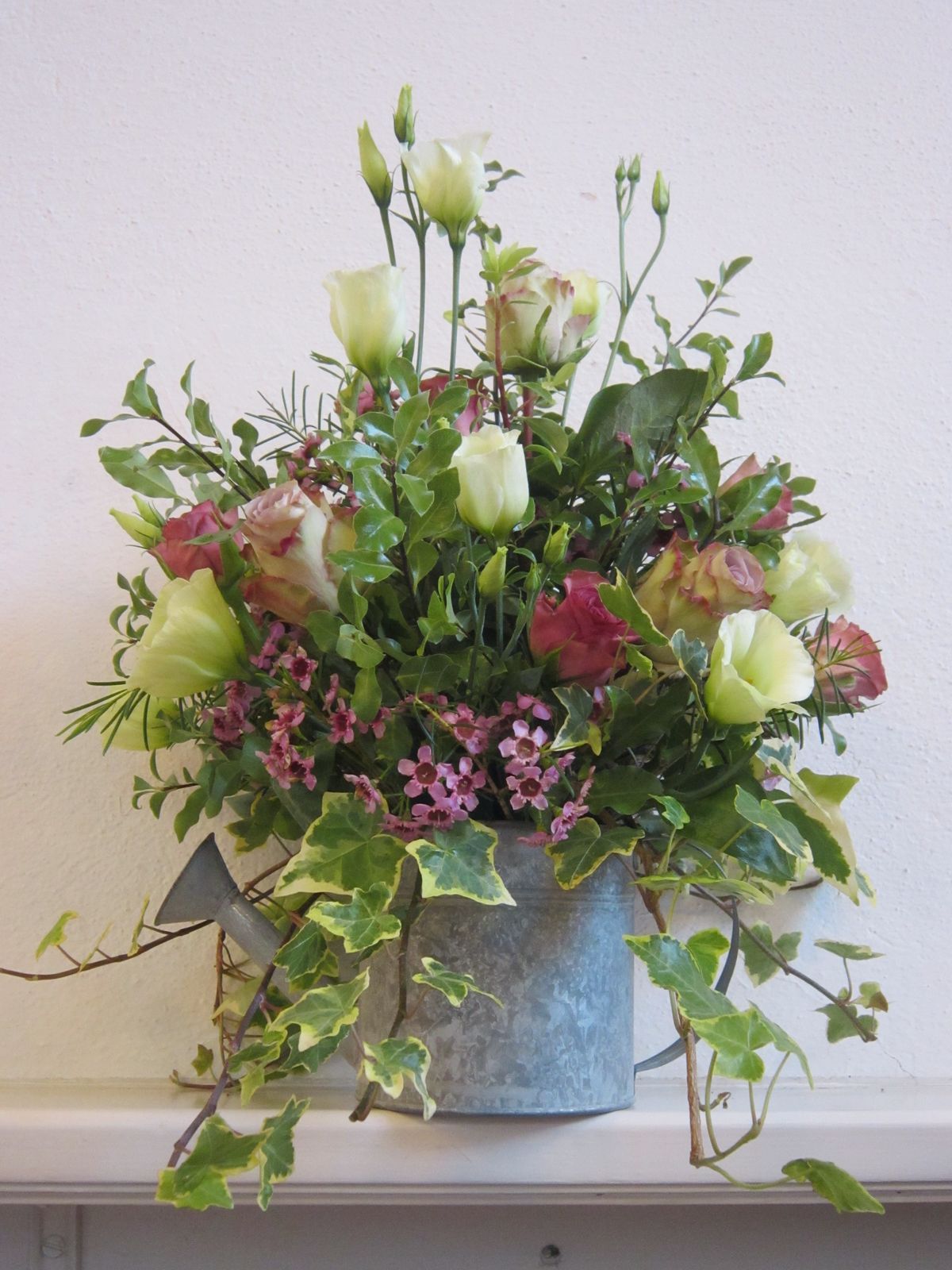 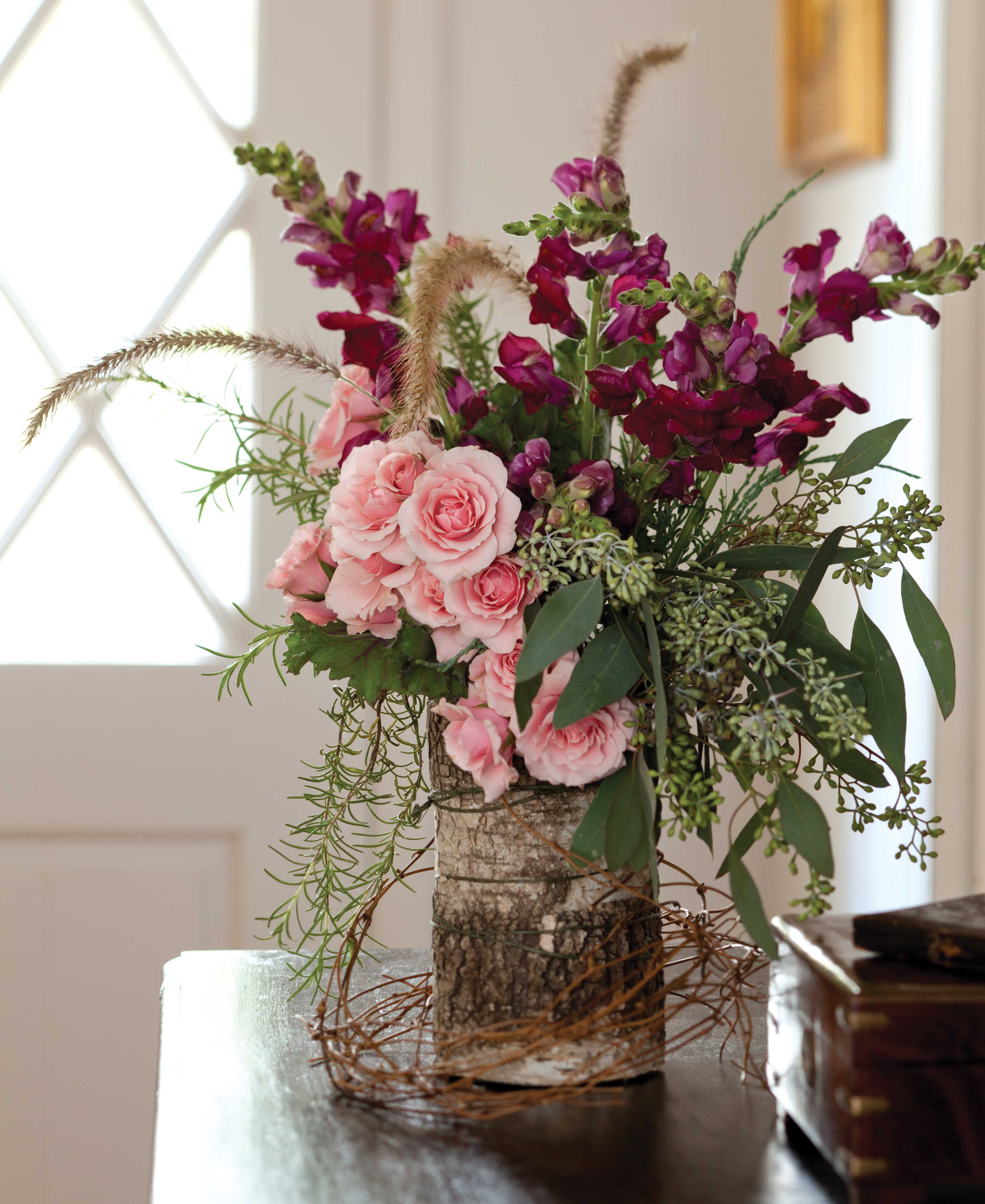 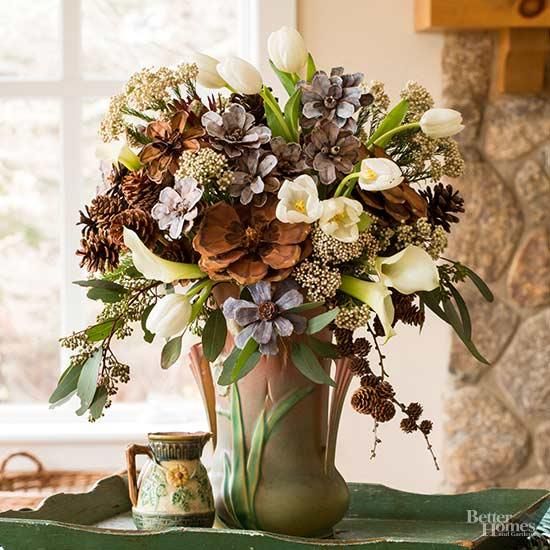 With some fresh flowers…. 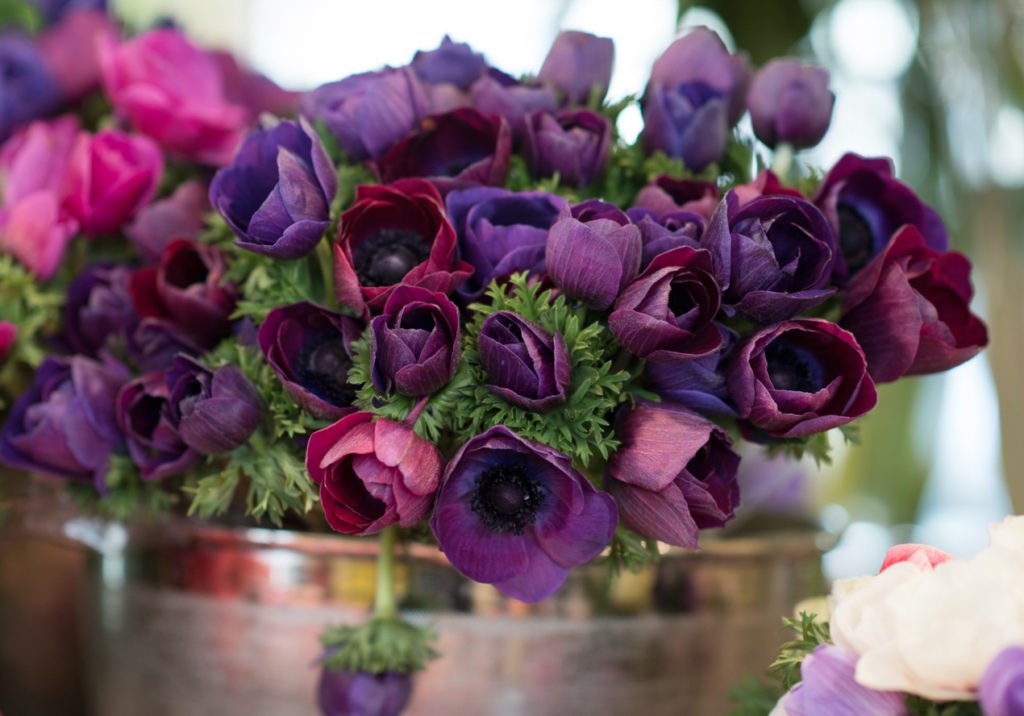 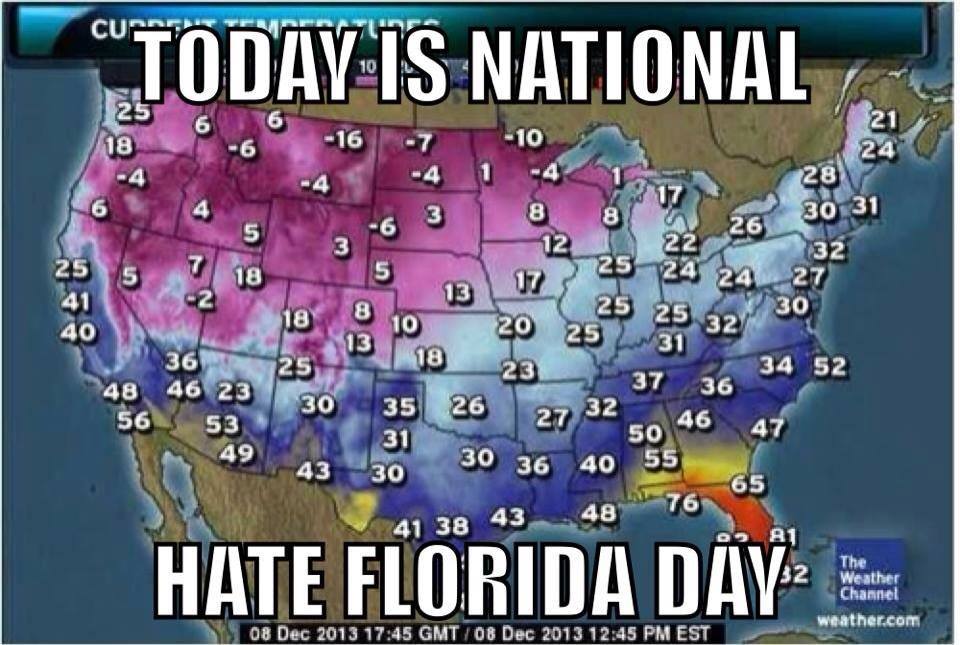 Today is not my favorite holiday.

Fuck all them bitch-ass Democrats.

Opinion: If Republican senators acquit Trump, they will own the violence that follows https://t.co/qJ2VMtkDUr

Sometime later today, probably, the Senate will vote on the single count of Incitement made up by House Democrats. When the smoke clears Mitt Romney may not be the only lame dork GOP Senator, but the outcome of Impeachment 2.0 will be the same as the result last year – an acquittal.

Democrats will scream and loose their shit, claiming that every Republican Senator who did not vote to convict is guilty of insurrection. Antifas will run amok and that will be the GOP’s fault. Jim Acosta will tearfully watch thru a telephoto lens outside Mara Lago as Donald Trump plays golf and will mutter “I just can’t quit you.”

Meanwhile, the evidence is becoming clearer every day that the only person “killed” in the MAGA Insurrection was that poor unarmed woman who was shot by a cop.

The video below shows Democrats inciting insurrection in Brooklyn.

I love you all to the moon and back ❤ What? You wanted cardboard hearts 😉 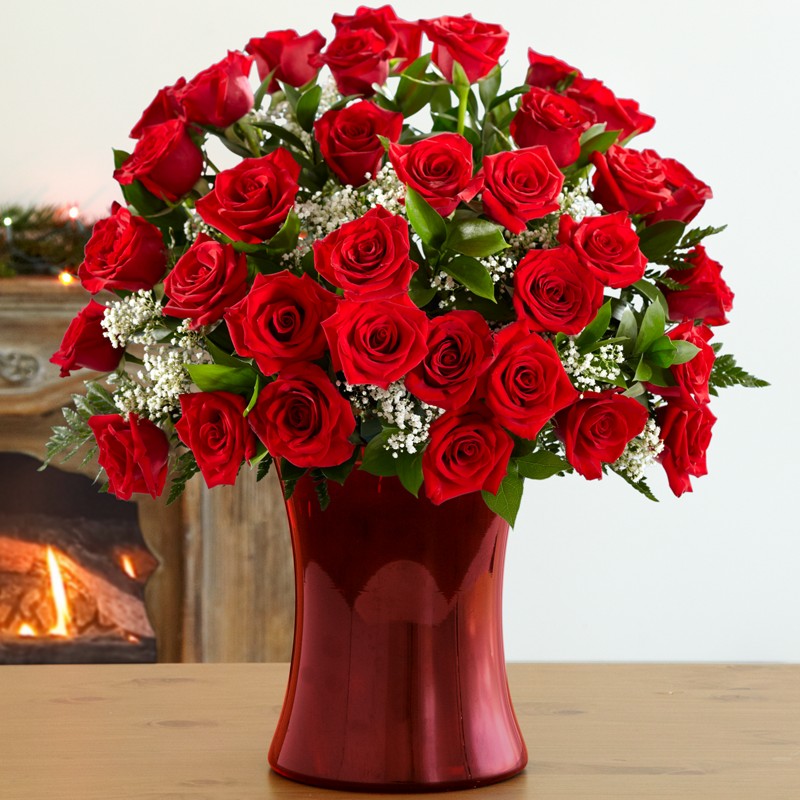 Bee Well Somebody and Lyn ❤ 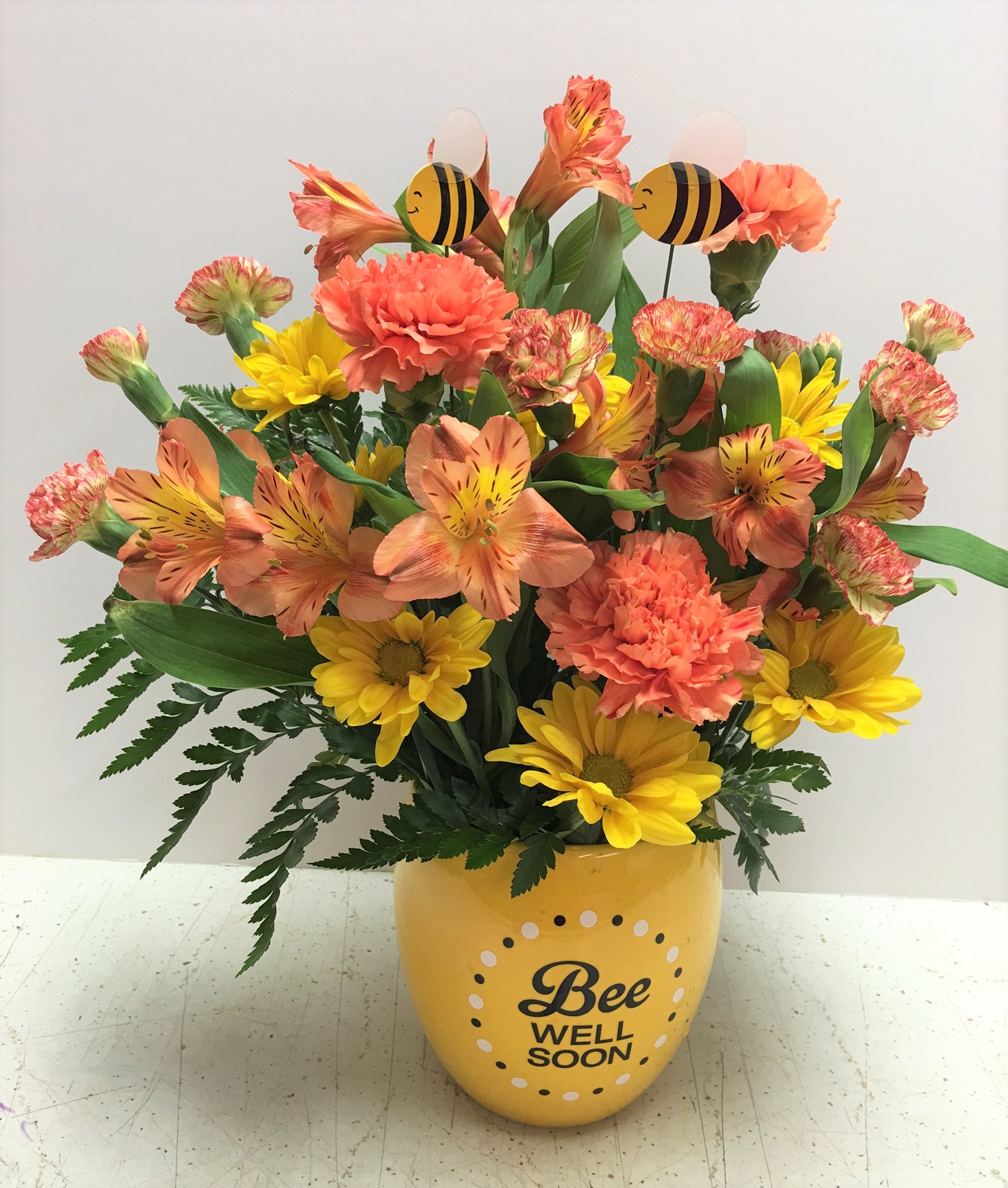 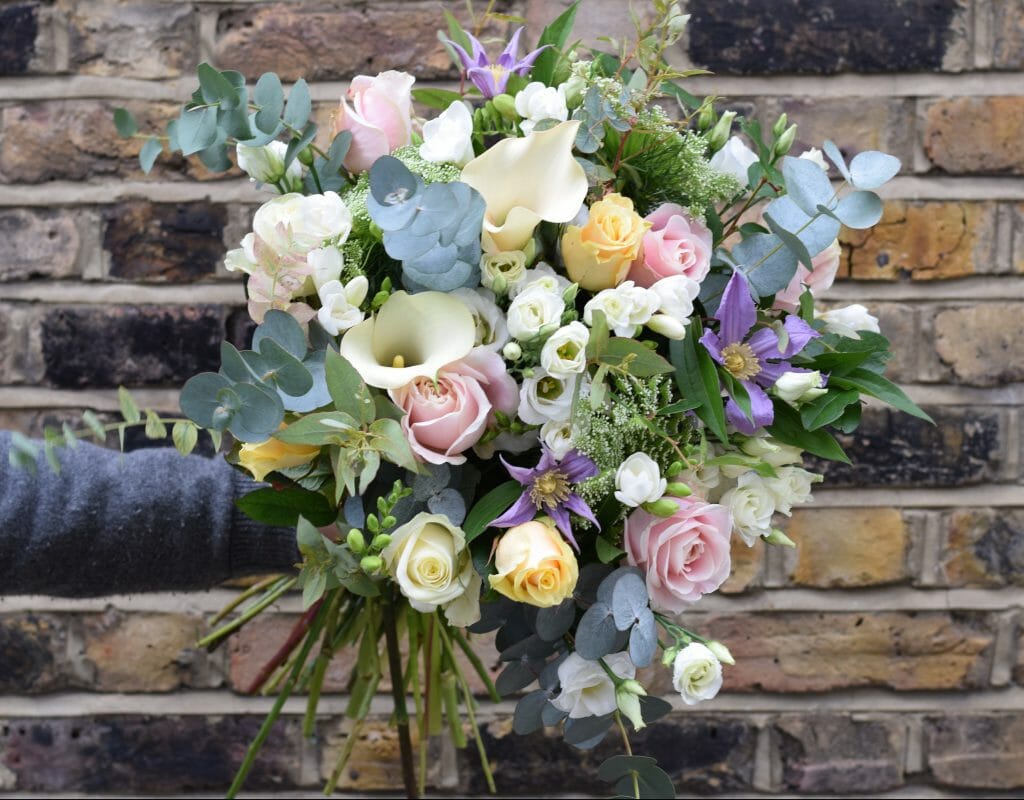 For the February birthday boys and girls. 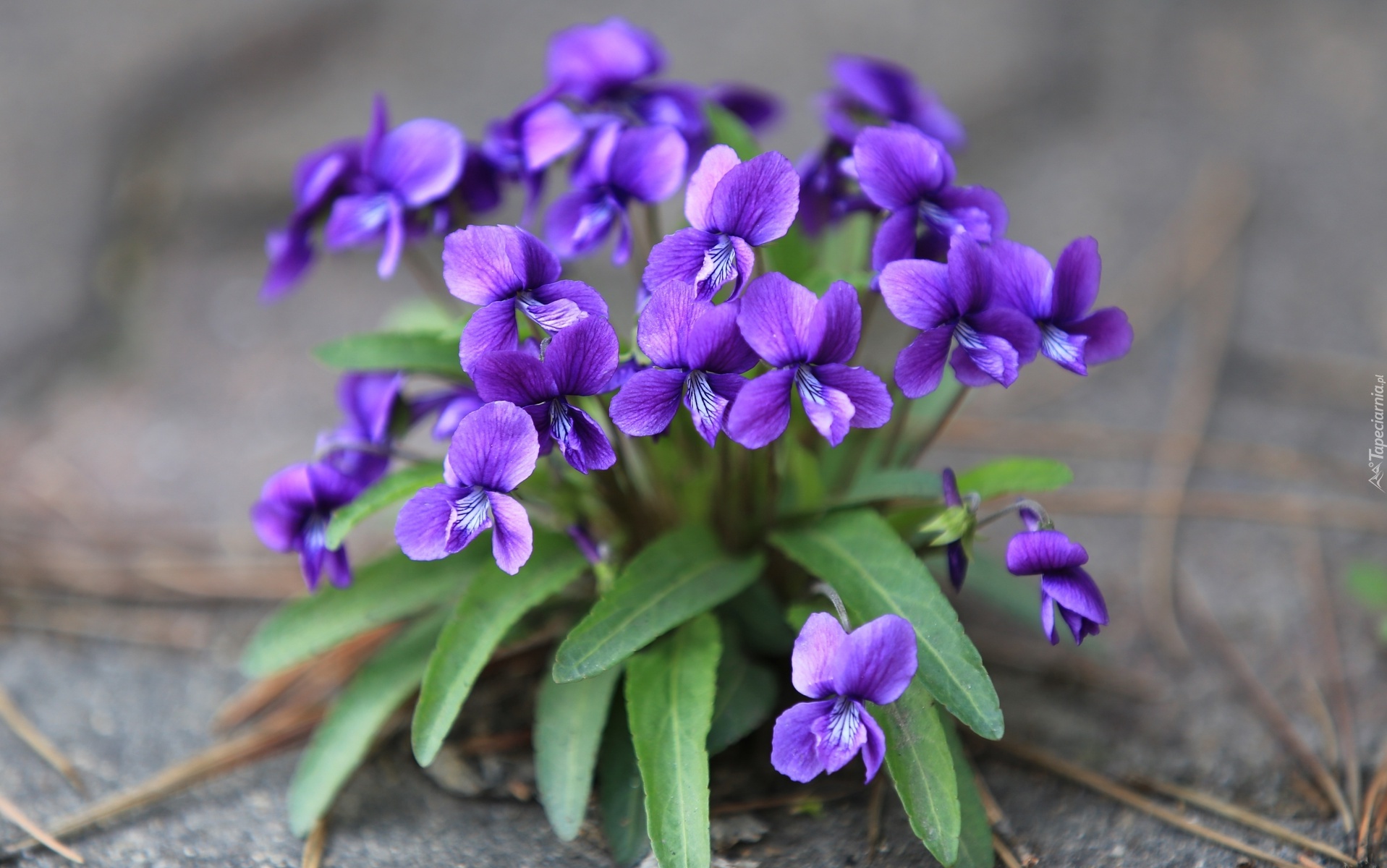 The Super Bowl commercials were a snooze, but this one made you want to vote for Jeep for President. 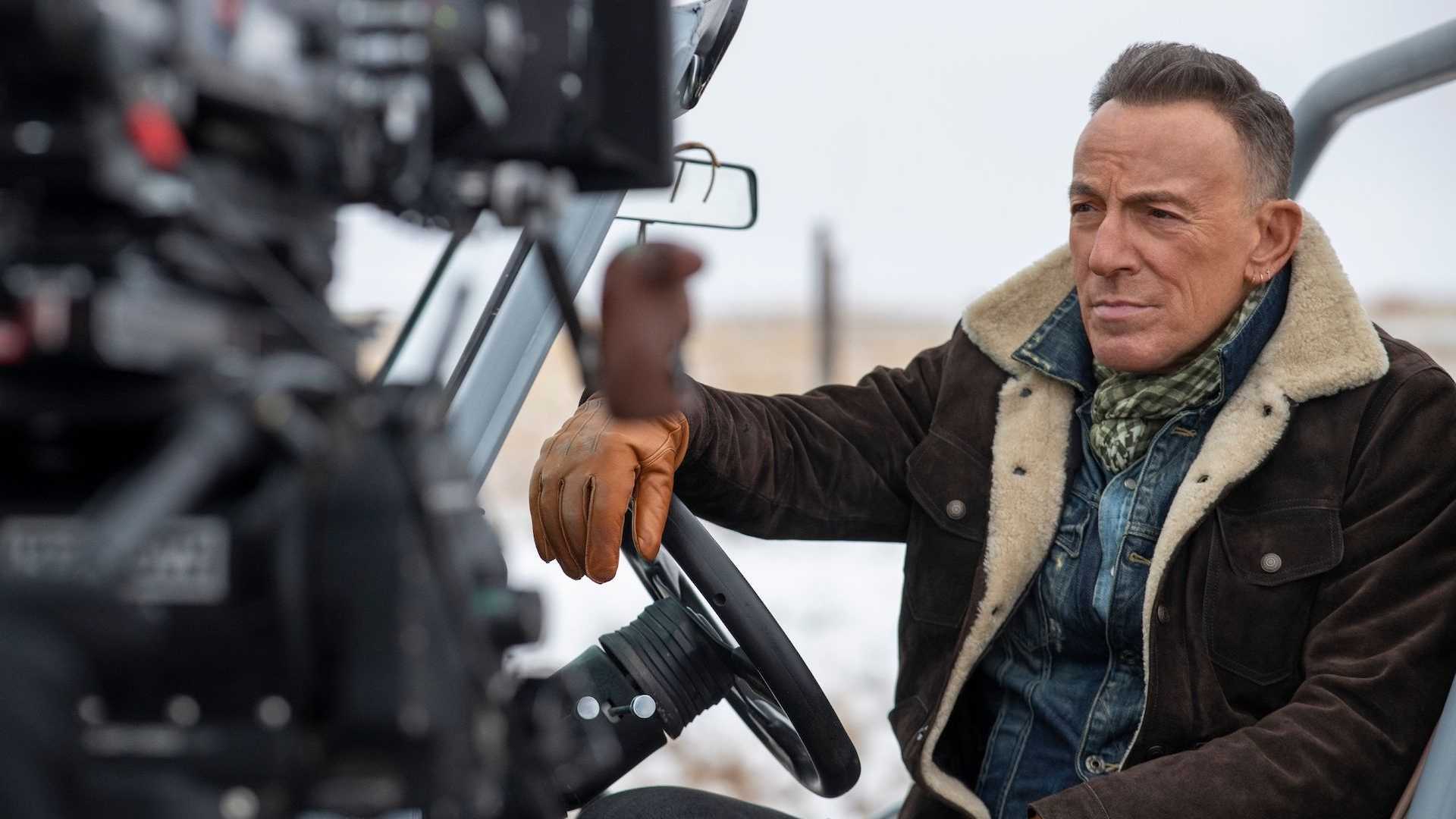