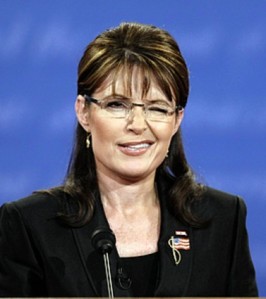 Howie’s always had a reputation of occasionally going off script and uttering inconvenient and/or unpopular truths, but this one could get him burned at the stake.

Dean says his fellow Democrats should beware of inside-the-Beltway conventional wisdom that Obama would crush Palin in a general-election contest next year.

Dean warns the sluggish economy could have more of a political impact than many Washington strategists and pundits assume.

I’m not gonna handicap the odds of any particular candidate winning but elections are things where sometimes shit happens. The 2012 election will be a referendum on Barack Obama, with people having to choose between “four more years” and “try something new.”

Since he took office Obama has governed as if he expected the economy to have recovered by next year and for history to repeat itself. But this isn’t the nineties and he’s not Bill Clinton.

In order to beat Obama any Republican challenger will first have to win the GOP nomination. Sarah Palin has as good a chance of winning it as any of the other contenders right now. That could change.

But once the GOPers have a nominee most or all of the party will unite behind him or her. The elements of the GOP most likely to cry PUMA and sit out the general election are the Fundies, the rank & file conservatives and the Tea Partiers.

Palin is strong with all three groups.

The groups most likely to boycott the general election if Palin is the nominee are the GOP establishment and the Fatcats, two groups that provide money and influence but who don’t actually account for a lot of votes.

I don’t know how things will turn out but one thing’s for sure – the race will be more interesting with Sarah in it. As far as I’m concerned the single best reason to root for Sarah Palin is the media hates her.