The John Cole Theory of Separation of Powers 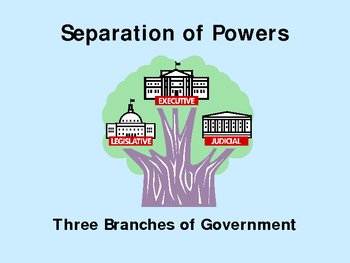 Someone Has To Make Decisions

You want to know why the Presidency keeps getting more and more powerful? Because someone has to make decisions.

The House just voted against authorizing the Libya mission, then voted against defunding operations in Libya. I’d ignore those idiots, too. If I were President, until these clowns get their shit together, I’d pretty much do whatever I wanted.

Also yesterday at The New Republic:

The Debt Ceiling: Why Obama Should Just Ignore It

With a Republican-controlled House demanding large cuts in present and future spending in exchange for an increase in the debt ceiling, the possibility that the federal government will have trouble financing and issuing new debt is becoming more frighteningly likely each day. Treasury Secretary Tim Geithner, CBO chief Doug Elmendorf, and Federal Reserve Chairman Ben Bernanke have all encouraged Congress in strong terms to resolve the debt ceiling stand-off before the creditworthiness of the United States is jeopardized. But barring a timely resolution to the standoff, could President Obama simply ignore the debt ceiling and keep making good on the country’s obligations? As the deadline grows nearer, the question has been popping up on law blogs and other forums, and according to a number of legal experts with whom I spoke, the answer, surprisingly, appears to be yes—and it is conservative justices who have played the biggest role in making it possible.

Both posts argue the same basic thing – unless Congress stops him the President can do whatever the fuck he wants. And since he can veto any bill any bill they pass, it would take a two-thirds vote of Congress to stop him.

Article One, Section Eight of the U.S. Constitution (emphasis added):

To borrow Money on the credit of the United States;

To regulate Commerce with foreign Nations, and among the several States, and with the Indian Tribes;

To establish a uniform Rule of Naturalization, and uniform Laws on the subject of Bankruptcies throughout the United States;

To coin Money, regulate the Value thereof, and of foreign Coin, and fix the Standard of Weights and Measures;

To provide for the Punishment of counterfeiting the Securities and current coin of the United States;

To promote the Progress of Science and useful Arts, by securing for limited Times to Authors and Inventors the exclusive Right to their respective Writings and Discoveries;

To constitute Tribunals inferior to the supreme Court;

To define and punish Piracies and Felonies committed on the high Seas, and Offenses against the Law of Nations;

To declare War, grant Letters of Marque and Reprisal, and make Rules concerning Captures on Land and Water;

To raise and support Armies, but no Appropriation of Money to that Use shall be for a longer Term than two Years;

To provide and maintain a Navy;

To make Rules for the Government and Regulation of the land and naval Forces;

To provide for calling forth the Militia to execute the Laws of the Union, suppress Insurrections and repel Invasions;

To provide for organizing, arming, and disciplining, the Militia, and for governing such Part of them as may be employed in the Service of the United States, reserving to the States respectively, the Appointment of the Officers, and the Authority of training the Militia according to the discipline prescribed by Congress;

To exercise exclusive Legislation in all Cases whatsoever, over such District (not exceeding ten Miles square) as may, by Cession of particular States, and the Acceptance of Congress, become the Seat of the Government of the United States, and to exercise like Authority over all Places purchased by the Consent of the Legislature of the State in which the Same shall be, for the Erection of Forts, Magazines, Arsenals, dock-Yards, and other needful Buildings;—And

To make all Laws which shall be necessary and proper for carrying into Execution the foregoing Powers, and all other Powers vested by this Constitution in the Government of the United States, or in any Department or Officer thereof.

16 Responses to The John Cole Theory of Separation of Powers