The presumption of innocence, reasonable doubt and factual innocence 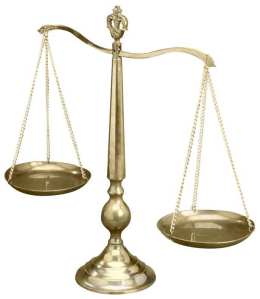 There is a lot of heated discussion going on here and around the blogosphere over the rape accusation made against Dominique Strauss-Kahn. Yesterday it was revealed that the complaining witness, an immigrant from Guinea, has lied repeatedly about her past and about minor details of the incident. We also learned that her boyfriend is a drug dealer, he had money in a bank account and five cell phones under her name. The two worst revelations were that she lied about having been gang-raped on her asylum application and she discussed how to profit from the incident with her boyfriend the day afterward.

Some people think this is proof that DSK is innocent. They are wrong – at most it shows that her credibility is unreliable therefore establishing reasonable doubt.

Our legal system, inherited from England, gives criminal defendants a presumption of innocence. This requires that the state overcome that presumption with evidence beyond a reasonable doubt before the power of the state is used to take someone’s property, liberty or, in extreme cases, their life.

This is a legal concept that does not necessarily apply to society in general. Would you let an accused child molester babysit your children because he had not yet been convicted and was therefore presumed innocent? I would hope not.

But what about someone who was acquitted? Are they then factually innocent? Not necessarily. There is a place in between “guilty” and “innocent” sometimes called “not proven.”

There are many reasons why a guilty defendant might be acquitted or have the charges against them dismissed. First and foremost there may simply be insufficient admissible evidence against them. A confession might be excluded on a technicality or incriminating evidence thrown out because of an illegal search.

In the case of DSK the complaining witness’ credibility has been impaired enough to create reasonable doubt. That does not mean she was not raped. It is undisputed there was a sexual encounter. The issue is whether it was consensual or not.

The reason it’s nearly impossible for the prosecution to pursue these charges, even though there’s no evidence that she lied about anything related to the actual events surrounding the alleged crime, is because we live in a culture where rape victims need to be flawless in order to be believed. We live in a culture where it’s damn near impossible for any woman, when her life is held up to the light, to be considered innocent. We live in a culture where we think it’s even reasonable to question a rape victim’s “innocence” in the first place. We live in a culture where accusers of high-profile men undergo even more scrutiny than usual from a media hungry for a story and playing by an old rule book. And we live in a culture where the public destruction of every woman who makes a rape accusation is used as fodder in subsequent rape cases, establishing a cycle where we believe that women must be lying because the women before her were lying, so we feel justified in going out of our way to find any scrap of evidence that might indicate she has ever done anything ever in her life that we might find unsavory even if it has nothing to do with the case at hand, and then we use that to determine that she’s not credible, and then we use has as another example of how women lie about rape. And then powerful men are even more emboldened and feel more justified in treating women like garbage.

If we were to use the “perfect witness” standard it would be open season on lots of women in this country because they have said or done things in the past that would forever impeach their credibility. This would include current and former prostitutes, drug users, any woman who was ever convicted or fraud, passing bad checks, lying to the police, perjury or women who have ever been promiscuous.

BTW – anyone offering theories of complex conspiracies to frame or set up DSK needs to get a new foliehatt. 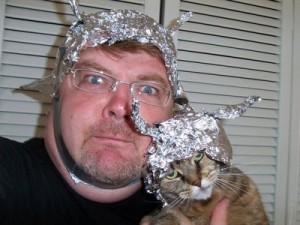 52 Responses to The presumption of innocence, reasonable doubt and factual innocence