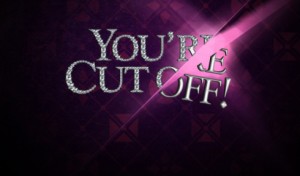 The debt ceiling crisis is supposedly down to the wire. Instead of the regular drop dead date, we have the super-duper drop dead date. Why is that? Like most things, President Jackass is trying to force Congress to create a solution, sign it and take credit for it. When things go south, he blames it on unforseen (by the media) circumstances, like gross executive incompetence.

Right now, the solution is a pre-budget budget deal. Budget negotiations are tricky because they use CBO scoring. The CBO assumes x amount in revenue and y amount in expenditures and z amount in economic growth. If we listen to Paul Krugman, the debt that is 100% of GDP now will become a lower percentage as growth increases. The debt grew 14% last year. I don’t see a 14% growth rate unless we gear our economy to selling cocaine coated nukes to our enemies.

How about revenue? This is where scoring comes in. The ten years of the Bush tax cuts took approximately $2.4 trillion out of the revenue side. Did we get any growth in the economy to match it? Do we want to end the tax cuts now, when it means approximately 50% higher taxes for the lowest tax bracket? We could restore that 4% increase in the upper tax bracket, but this year it would reduce our deficit from $1.67 trillion to $1.61 trillion.

The spending side is important for one reason. We have to pay about 4.5% in interest on our total debt. If spending were equal to revenue and GDP was 5%, we wouldn’t have to do anything to bring the debt down. Neither will happen anytime soon. We can only slow the rate of increase.

This is why a GDP based balanced budget amendment could work to our long-term benefit. Instead of using projections out to the future, it would rely on the approximate GDP of a budget year and then allocate 19%. This figure is still a little on the high side, but it’s better than the 23% or more of GDP we try to spend now. It would even work for economic downturns like this. Even though we only took in 15% of GDP last year, the ceiling of 19% would mean we could deficit spend by 25%of the total budget to spur growth. Maybe we could even keep the 15% of the budget we spend on debt service.

For decades now, instead of dividing the pie for the budget, we just order more pie and charge it to the next year’s budget. This spending isn’t cured by spending. Washington needs to be cut off.

I'm like a word a day calendar for executive disasters.
View all posts by 1539days →
This entry was posted in Uncategorized. Bookmark the permalink.

33 Responses to You’re Cut Off