Too late, you signed in blood 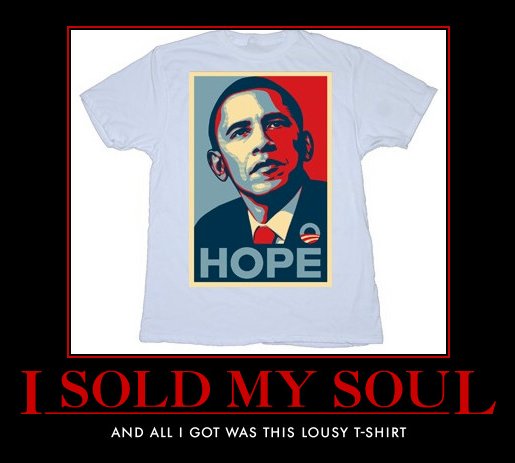 “I know [Obama] thinks all these people voted for him and they have nowhere to go in 2012 because the Republicans are worse,” said Nader, speaking during yet another day of White House protests against a proposed tar-sands-oil pipeline from Canada. “But they can stay home.

They can closet their enthusiasm. They can end their contributions to him. And that’s not what he needs to be reelected.”

A similar warning came from MoveOn Executive Director Justin Ruben, calling the ozone decision just the latest in a series of disappointments.

“Many MoveOn members are wondering today how they can ever work for President Obama’s reelection, or make the case for him to their neighbors, when he does something like this, after extending the Bush tax cuts for the rich, and giving in to tea party demands on the debt deal,” Ruben said in a statement. “This is a decision we’d expect from George W. Bush.”

Senator Barack Obama has won the endorsement today from the membership of MoveOn.

In a vote of the group’s members, Mr. Obama outpaced Senator Hillary Rodham Clinton 70 percent to 30 percent. The political action committee of MoveOn.org has 3.2 million members across the country, including 1.7 million members who live in the 22 states with Democratic primaries or caucuses on Tuesday.

“Our members’ endorsement of Senator Obama is a clear call for a new America at this critical moment in history,” said Eli Pariser, executive director of MoveOn. He added, “The enormity of the challenges require someone who knows how to inspire millions to get involved to change the direction of our country, and someone who will be willing to change business as usual in Washington.”

With John Edwards out of the race, and Super Tuesday quickly approaching, members of the grassroots group polled their membership on Thursday and Friday and they decided to endorse Mr. Obama. It is the first time the group has offered an endorsement in a Democratic presidential primary.

It was unclear how many people took part in the on-line endorsement proceedings.

MoveOn claimed 3.2 million members, and gave the vote results as 197,444 for Obama and 83,084 for Clinton. Running the percentages, I found that 6.2% of MoveOn members voted for Obama, which I personally would not consider a landslide. 91.2% of MoveOn’s members were not counted at all in considering the endorsement.

MoveOn can boo-hoo all they want, they still have to take a big bite of the Shit Sandwich of Blame.

Don’t worry guys, it comes with arugula and that fancy mustard, and you can wash it down with a PBR.

14 Responses to Too late, you signed in blood