But what are we gonna sell them? 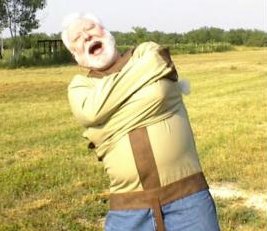 Remember those trade agreements that Obama has been sitting on but blamed the Republicans for not approving?

Where Democrats split from Democrats

Certainly over trade policy. Some of the best Democrats (Sherrod Brown of Ohio, among them) are against the trade deals Obama and many Republicans are looking for — trade deals with South Korea, Panama, and Colombia. Democrats have balked at Bush’s free-trade agreement in the past and they are balking at it now. At issue is workers’ rights in at least one of those nations. Republicans, on the other hand, are for taking down the barriers (with the added possibility of fragmenting Obama’s support).

Republicans agreed this summer to authorize trade adjustment assistance (TAA) — a program that supplies federal income support to workers who lose their jobs or suffer drops in work hours as a result of increased imports. House Ways and Means Committee Chairman Dave Camp (R-Mich.) agreed to support the measure in June, while extracting some concessions that included spending cuts to offset the cost and a smaller pricetag, reverting to pre-stimulus levels of support. In July, 12 Republican senators sent a letter to Obama notifying him they would support the TAA bill and urging him to send the FTAs to the Senate.

Next week, Senate Majority Leader Harry Reid will take the first step in pursuing Obama’s trade agenda by introducing the TAA bill. According to spokesman Adam Jentleson, Reid hopes to pass it by the end of the week and move on to the three FTAs. …Chris Good, Atlantic

The President, during his speech to the joint session pointed out that the agreement would “make it easier for American companies to sell their products in Panama and Colombia and South Korea — while also helping the workers whose jobs have been affected by global competition…I want to see more products sold around the world stamped with the three proud words: ‘Made in America.’ “

So we’re gonna export more jobs overseas when we already have too many people here that are unemployed. We’ll pay higher taxes (now or later) to compensate the workers that will get laid off so we can buy cheaper stuff. That makes lots of sense. They’ll make something (we used to make) to sell us, but what are we gonna sell them?

How are we gonna buy anything if nobody here has a job?

BTW – What’s the number one lefty gripe about the Big Dawg?

22 Responses to But what are we gonna sell them?