Pass something unpopular if you want to win! 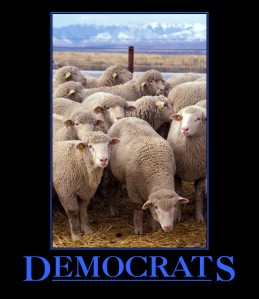 If moderate Dems vote No on jobs bill, they’re only hurting themselves

Top pollster Stanley Greenberg is not shy about criticizing the White House when he thinks it’s warranted, and his opinion is widely respected by Democrats in Congress. So if Greenberg tells moderate Senate Democrats that they vote against Obama’s jobs bill at their own peril, will they believe him?

In an interview with me this morning, Greenberg made a strong case that moderate Senate Democrats in red states would be foolish and shortsighted if they vote against the American Jobs Act today, as some of them appear to be prepared to do. The White House and Dems have been railing against Republicans for opposing the jobs bill, but if a few Senate Dems defect, and a simple majority of the Senate doesn’t support it, that will dilute the Dem message that Republicans are the key obstacle to progress on the economy.

But Greenberg’s case for voting for the bill went significantly beyond this concern about overall party messaging. He argued that moderate Democrats who vote against it are actually imperiling their own reelection chances.

“They reduce their risks for reelection by showing support for a jobs bill that’s going to be increasingly popular as voters learn more about it,” Greenberg said. “They have to be for something on the economy, and this the kind of proposal they should support. If I were advising them, I’d say you want to be backing a jobs bill with middle class tax cuts paid for by tax hikes on millionaires. Moderate voters in these states very much want to raise taxes on the wealthy to meet our obligations.”

Crucially, Greenberg pointed out that if moderate Dems are hoping to show distance from the President and his low approval numbers by voting against the jobs bill, they run another risk: Dem disunity on the economy could backfire on them.

“Voting No would increase their risk of losing,” Greenberg said bluntly. “Democrats would look divided on their central agenda. In the end you all go down with the ship here. Why would you send Democrats back to the Senate if they are divided on the most important issue facing people? Here you can show unity and purpose, which Democrats have not had an opportunity to do during budget negotiations.”

“They reduce their risks for reelection by showing support for a jobs bill that’s going to be increasingly popular as voters learn more about it,” Greenberg said

You know what happens when you make an assumption.

Do you have any poll numbers showing that it’s popular now? If it’s not popular now, why should it get more popular later? The Senate Democrats on the bubble are the same ones elected back in 2006. They won seats that normally would have gone to the GOP and next year they’ll probably go back.

There was a window of opportunity when the Democrats could have passed anything they wanted. They wasted it on a bad stimulus bill and Obamacare. Both bills are hugely unpopular even though one hasn’t even taken effect yet.

Now Obama is trying to use Bad Stimulus II to get himself reelected.

Don’t get me wrong – I’d be all for it if I thought there was even a decent chance it would help. But tax cuts don’t create jobs. Not only that but the tax cuts Obama is proposing will affect the solvency of Social Security, giving the GOP more ammunition in their quest to “reform” it.

15 Responses to Pass something unpopular if you want to win!