The OWS 10 Point Plan For World Domination and Stuff 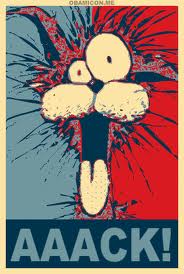 Put aside questions of whether or not the movement will survive that long. Imagine that they do, because they have no doubt.

Here are the steps:

1. The Occupy Wall Street movement, through the local general assembly, should elect an executive committee comprised of 11 people or some other odd number of people that is manageable for meetings. Ideally this committee should represent each city in the U.S. that is being occupied.

2. The executive committee will then attend to local issues such as obtaining permits, paying for public sanitation and dealing with the media. More important, the executive committee shall plan and organize the election of the 870 delegates to a National General Assembly between now and July 4, 2012.

3. As stated in the 99% declaration, each of the 435 congressional districts will form an election committee to prepare ballots and invite citizens in those districts to run as delegates to a National General Assembly in Philadelphia beginning on July 4, 2012 and convening until October 2012.

4. Each of the 435 congressional districts will elect one man and one woman to attend the National General Assembly. The vote will be by direct democratic ballot regardless of voter registration status as long as the voter has reached the age of 18 and is a US citizen. This is not a sexist provision. Women are dramatically under-represented in politics even though they comprise more than 50% of the U.S. population.

5. The executive committee will act as a central point to solve problems, raise money to pay for the expenses of the election of the National General Assembly and make sure all 870 delegates are elected prior to the meeting on July 4th.

6. The executive committee would also arrange a venue in Philadelphia to accommodate the delegates attending the National General Assembly where the declaration of values, petition of grievances and platform would be proposed, debated, voted on and approved. The delegates would also elect a chair from their own ranks to run the meetings of the congress and break any tie votes. We will also need the expertise of a gifted parliamentarian to keep the meetings moving smoothly and efficiently.

7. The final declaration, platform and petition of grievances, after being voted upon by the 870 delegates to the National General Assembly would be formally presented by the 870 delegates to all three branches of government and all candidates running for federal public office in November 2012. Thus, the delegates would meet from July 4, 2012 to sometime in early to late October 2012.

8. The delegates to the National General Assembly would then vote on a time period, presently suggested as one year, to give the newly elected government in November an opportunity to redress the petition of grievances. This is our right as a People under the First Amendment.

9. If the government fails to redress the petition of grievances and drastically change the path this country is on, the delegates will demand the resignation and recall of all members of congress, the president and even the Supreme Court and call for new elections by, of and for the PEOPLE with 99 days of the resignation demand.

10. There will NEVER be any call for violence by the delegates even if the government refuses to redress the grievances and new elections are called for by the delegates. Nor will any delegate agree to take any money, job promise, or gifts from corporations, unions or any other private source. Any money donated or raised by the executive committee may only be used for publicizing the vote, the National General Assembly, and for travel expenses and accommodation at the National General Assembly ONLY. All books and records will be published openly online so that everyone may see how much money is raised and how the money is spent each month. There will be no money allowed to “purchase” delegate votes as we have in the current government. No corporate “sponsorship”.

Ms. Lopez seems to be working off an old draft. The current draft has this for number nine:

9. If the government fails to redress the petition of grievances and drastically change the path this country is on, the delegates will organize a third independent political party to run candidates in the 2014 mid-term elections.

Maybe somebody realized the original version made them look stoopid. It would definitely been more fun to watch though.

Okay, let’s start at the top. Who is Linette Lopez?

She’s a graduate of Columbia (2008) and the Columbia School of Journalism (2011) and she has worked for five months as a press intern for Mayor Bloomberg and for a year as an aide to Democratic State Senator Jeff Klein of the Bronx. She is now a writer for Business Insider.

Who wrote the OWS manifesto?

Many people have asked, who is behind this declaration and plan of action? We are a group of college students and pro bono lawyers who met when the students got arrested in NYC. Since then, we have been working on a proposal to elect an Executive Committee for the purpose of organizing an election of a National General Assembly to vote on a formal petition of grievances. This is only a proposal and sample list of just demands on the government. Only a duly elected body can legitimize a list of demands from the People.

Please attend the NYC General Assembly on 10-15-11 to vote on the plan of action to elect a NATIONAL GENERAL ASSEMBLY!!

I’ll let you assess the feasibility of the plan, but I think it’s too complicated for UP TWINKLES/DOWN TWINKLES consensus to work.

Sounds like the Wallbaggers have a busy day planned today. The Occupation Party is heading for Times Square. Afterward they plan to occupy the subways. I don’t know when they’ll fit a General Assembly meeting in there.

I plan on getting drunk and mowing the lawn. I don’t know about y’all.