A man is under arrest, and police are processing him for sexually assaulting a woman at the Occupy Philly camp near City Hall Saturday night. His identity is not being released.

The victim was taken to a local hospital for medical treatment.

Police say the victim is a 23 year old woman from Atlantic City, and the alleged rapist is a 50 year old man with a Michigan address.

Police say the rape occurred around 7:45pm Saturday night, and that the woman walked to a nearby pay phone and called 911.

They picked up the man within 20 minutes in the general vicinity of the camp.

I don’t recall any reports of rape at any Tea Party rallies. 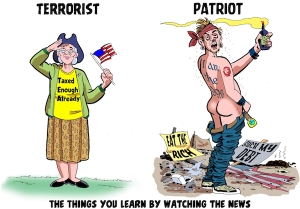