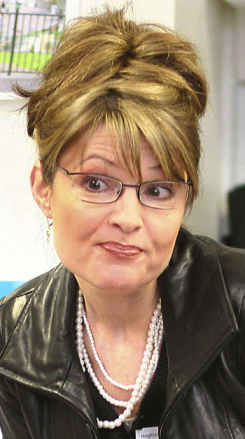 Sarah Palin’s announcement that she wouldn’t run for president disappointed her legions of admirers — but it infuriated Roger Ailes. The Fox News chief wasn’t angry about the decision itself. Rather, he was livid that Palin made the October 5 announcement on Mark Levin’s conservative talk-radio program, robbing Fox News of an exclusive and a possible ratings bonanza. Fox was relegated to getting a follow-up interview with Palin on Greta Van Susteren’s 10 p.m. show, after the news of Palin’s decision had been drowned out by Steve Jobs’s death. Ailes was so mad, he considered pulling her off the air entirely until her $1 million annual contract expires in 2013.

After the announcement, he called Fox’s executive vice-president Bill Shine into a meeting. Shine is the network’s principal point of contact with Palin. Ailes told him she had made a big mistake. “I paid her for two years to make this announcement on my network,” Ailes pointedly told Shine. Sources described the episode on condition of anonymity, given the sensitivity of the relationships.

Palin is said to have made her announcement on Levin’s show because she’s been upset that Fox News has given a platform to Karl Rove, one of her principal critics. “She isn’t happy with Karl,” one Palin adviser told me. “From day one, he hasn’t been very nice.” Levin had become Palin’s biggest booster in the conservative commentariat, and Palin is known for rewarding loyalists, and punishing her detractors.

If that’s what he was paying her for he should have put it in the contract.

This entry was posted in Sarah Palin, Uncategorized and tagged Sarah Palin. Bookmark the permalink.