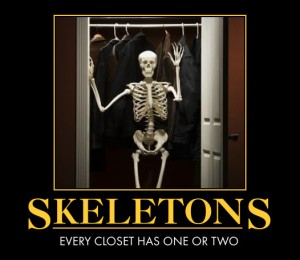 In a conference call this morning, Herman Cain told his senior staff that he is “reassessing” whether to remain in the race. He will make his final decision “over the next several days.”

“Obviously, you’re all aware of this recent firestorm that hit the news yesterday,” Cain began, his voice somber. “First thing I want to do is say to you what I have said publicly: I deny those charges, unequivocally. Secondly, I have known this lady for a number of years. And thirdly, I have been attempting to help her financially because she was out of work and destitute, desperate. So, thinking that she was a friend — and I have helped many friends — I now know that she wasn’t the friend that I thought she was. But it was a just a friendship relationship.”

“That being said, obviously, this is cause for reassessment,” he continued. “As you know, during the summer we had to make some reassessments based upon our financial situation. We were able to hang in there; we reassessed the situation and kept on going. We also did a reassessment after the Iowa straw poll and we made another reassessment after the Florida straw poll. When the previous two accusations, false accusations, came about, we made another assessment. The way we handled those was, we continued on with our schedule. We made an assessment about what was going to happen to our support. But our supporters, and even some folks that we didn’t have as supporters, they stood with us, and they showed it not only in terms of their verbal support, they showed it in terms of their dollars.”

“Over the next several days, we are going to continue with the schedule as usual,” he said. “I’ve got a major speech tonight at Hillsdale College on national security and foreign policy, and I will deliver it with vim, vigor, and enthusiasm. And then tomorrow we’ve got some media appearances scheduled. So we’re going to continue until we complete our assessment over the next several days.”

“But if a decision is made, different than to plow ahead, you all will be the first to know,” he said. “So until that time, I want to continue to thank you all for your support, thank you for your prayers. It’s taken an emotional toll, but the people in the audience tonight will never know it.”

“It’s also taken a toll on my wife and family, as you would imagine,” he concluded. “Any time you put another cloud of doubt, unfortunately, in the court of public opinion, for some people, you’re guilty until proven innocent. And so, the public will have to decide whether they believe her or whether they believe me. That’s why we’re going to give it time, to see what type of response we get from our supporters.”

I remember reading somewhere that once a couple starts talking about divorce the chances of them splitting up goes to ninety percent. I’m guessing the same is true of political campaigns – once you start talking about quitting you pretty much already have.

Cain would have been fun to watch in a general election campaign against Obama, but he had to get there first. Even if he is completely innocent of the allegations against him, he and his campaign staff did a horrible job of dealing with the crisis.

Like Bachmann and Perry before him, Herman Cain does not appear to be ready for prime time.

On the other hand, Newt Gingrinch may be the luckiest politician in the country right now.

I’m gonna start working on my Spanish. I want to get down there before the Mexicans build a fence.