This is not an Onion parody 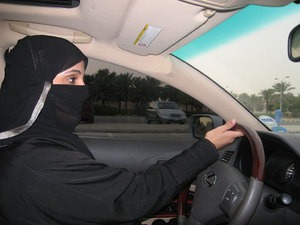 Repealing a ban on women drivers in Saudi Arabia would result in ‘no more virgins’, the country’s religious council has warned.

A ‘scientific’ report claims relaxing the ban would also see more Saudis – both men and women – turn to homosexuality and pornography.

The startling conclusions were drawn by Muslim scholars at the Majlis al-Ifta’ al-A’ala, Saudi Arabia’s highest religious council, working in conjunction with Kamal Subhi, a former professor at the King Fahd University.

They may have a point. I lost my virginity on the same day I got my first car (a 1968 Camaro.)

There was no homosexuality or pornography involved though.

9 Responses to This is not an Onion parody