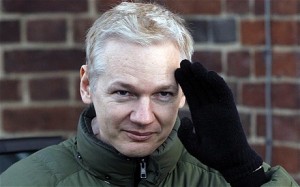 WIKILEAKS chief Julian Assange said he was “thankful” after being granted the right to pursue his appeal against extradition to Sweden at Britain’s Supreme Court.

The 40-year-old Australian, who faces allegations of sexual misconduct in Stockholm, was present at London’s High Court to hear the ruling over his application, which he later praised as the “correct decision.”

The ruling means Assange does not face immediate deportation and now has two weeks to officially lodge a written appeal to the Supreme Court.

Assange, who denies any wrongdoing, was arrested in Britain last December on a European warrant over allegations of rape and sexual assault made by two women over a five-day period in Stockholm last August.

The transferring of the case to the Supreme Court was expected to keep Assange in the UK for several months before a final ruling is made.