It wasn’t about Hillary 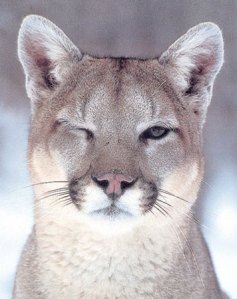 The PUMAs are back.

A group of vocal Hillary Clinton supporters whose mantra during the 2008 election was “Party Unity My Ass” morphed into time into diehards who wanted the Secretary of State to either be elevated to vice president or consider another run for the White House.

I was there at the beginning. I know what PUMA was about.

It was not about Hillary.

When you consider that we are almost all Democrats over the age of 30, then you must realize that we have experienced losing elections before. We are not merely sore losers. If Hillary had lost to another qualified candidate, we would be disappointed but we would still support the winner. But Barack Obama is not qualified to be President. He simply does not have the necessary experience. He is just now completing his fourth year in the US Senate. Prior to that he was a part-time legislator in Illinois.

His legislative accomplishments, both in the Senate and in Illinois, are unremarkable and there is evidence they were largely unearned. His voting record in Illinois is troubling for the number of times he voted “present” or mistakenly voted the wrong way.

Senator Obama has argued that in place of experience he has superior judgment. He offers as evidence a little noticed speech he gave against the war in Iraq back in 2002, but his statements and votes since then contradict the speech. His recent statements and policy flip-flops call into question his judgment, but not nearly as much as his association with people like William Ayers, Tony Rezko, Rev. Wright, Father Phleger and others.

His supporters argue that he is an inspiring public speaker, but he has been shown to have trouble speaking without a Teleprompter, and there are questions as to whose words he uses in his speeches.

As discussed above, PUMA’s are offended by the tactics used by Senator Obama in this campaign, particularly the race-baiting. This nation bears deep scars because of racism, and we are not yet fulled healed. Falsely accusing others of racism in order to win elections is an impermissible tactic, and doing so disqualifies the offender from holding office. Period.

PUMA’s are outraged at the way the Democratic National Committee and certain Democratic party leaders manipulated the rules in order to give the nomination to Senator Obama. The Rules and Bylaws Committee meeting on May 31st was especially galling, because they took delegates away from Hillary and gave them to Senator Obama. Donna Brazile in particular will always be infamous to PUMA’s.

We are also upset at the nomination system. The patchwork of primaries and caucuses (and sometimes both) all with different rules was bad enough. But the DNC rules gave too much influence to caucuses in small “red” states. Add to that evidence that Obama supporters gamed the caucuses to skew the results, and the legitimacy of the outcome is at best questionable.

Which brings us to the Obama supporters. PUMA’s understand that many of Senator Obama’s supporters are good, decent progressive Democrats that share our values. We have no problem with those people. But there is a group of Obama supporters that are obnoxious, abusive and nasty.

These people are not progressives or liberals. The are fauxgressive libertarians. This group is overwhelming young, male, and infected with CDS. They not only drove Hillary supporters away from the “A” list blogs, they followed us to new sites and attacked us there. The things they say range from rude and condescending to abusive and threatening.

Some say we should not blame Senator Obama for the behavior of some of his supporters. That might be true, but there is an old saying that “you are judged by the company you keep.” Senator Obama did little or nothing to prevent or denounce their behavior, and in some instances he seemed to encourage it, like when he used the contemptuous “dirt off your shoulder” gesture referring to Hillary.

PUMA’s have taken a long and thorough look at Barack Obama. They have given careful consideration of all the issue and arguments made for and against his candidacy. And they have concluded that Senator Barack Obama is unfit to be President of the United States.

But he is now the “presumptive” Democratic nominee, so many people think we must support him. Rebecca Traister at Salon said:

“These angry people have nowhere else to go. So the safe expectation is that they will fall in line without much kicking and screaming. And that, ultimately, is why many of them are kicking and screaming. Yes, they’re going to vote for Obama. Of course they’ll vote for him. The truth is, they’ll probably love voting for him. But after what they feel has been done to them — the way in which they were written off, marginalized and resented, their hopes mocked and their history-making ambitions dismissed as retrograde identity politicking — damned if they’re going to be nice girls about it.”

Ms. Traister apparently didn’t bother to interview any PUMA’s before writing about them. If she had, she would have discovered that we do have options. We own our votes. They are ours, and we owe them to no one.

We will not give them to Barack Obama.

Some PUMA’s see their actions as a protest. I see it as a battle for the soul of the Democratic party. Allowing John McCain to win is bitter medicine, but necessary to purge certain elements from the party, or at least the party leadership. There is no place in the party for sexism, misogyny, race-baiting, or CDS.

Sure, we believed that Hillary was the best qualified candidate back then. We still believe that today. But if she had lost fair and square most of us would have probably held our noses and voted for Obama.

I wrote that post I quoted above 3 1/2 years ago on June 28th, 2008. The evidence against Obama, the Democratic Party and his supporters is much stronger and more detailed than it was then. Now we know that there is one thing we were wrong about.

Obama turned out to be worse than we ever imagined.

63 Responses to It wasn’t about Hillary