The National Association for the Advancement of Colored People today released a resolution supporting marriage equality. At a meeting of the 103-year old civil rights group’s board of directors, the organization voted to support marriage equality as a continuation of its historic commitment to equal protection under the law.

“The mission of the NAACP has always been to ensure the political, social and economic equality of all people,” said Roslyn M. Brock, Chairman of the Board of Directors of the NAACP. “We have and will oppose efforts to codify discrimination into law.”

“Civil marriage is a civil right and a matter of civil law. The NAACP’s support for marriage equality is deeply rooted in the Fourteenth Amendment of the United States Constitution and equal protection of all people” said Benjamin Todd Jealous, President and CEO of the NAACP.

Under other circumstances I would applaud this without question as a long overdue positive step, but I guess I’m getting cynical in my old age. I also have to wonder what the result of a vote by the whole NAACP membership would be?

I don’t expect a big public fight about this because they don’t want to embarrass Obama, but I don’t expect black social conservatives to budge on the issue of gay marriage. I also don’t think the black community will be happy with the comparison of gay marriage to civil rights. 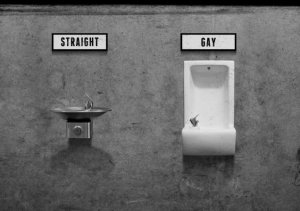 This entry was posted in LGBT Rights and tagged LGBT Rights. Bookmark the permalink.

7 Responses to NAACP Passes Resolution in Support of Marriage Equality