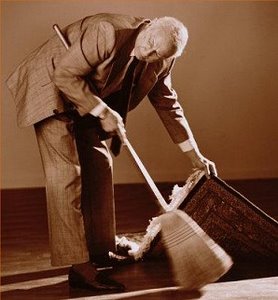 What if they held an election and the media refused to report it?

Earlier this week, Breitbart News reported that Arkansas state Democrats might attempt to disenfranchise the state’s voters by refusing to award delegates to John Wolfe, a Tennessee attorney who was on the ballot challenging President Obama (Wolfe is also on the May 29 ballot in the upcoming Texas primary). Yesterday, Wolfe filed suit against the Arkansas Democrat Party in the Federal District Court in Little Rock

Tuesday night Wolfe embarrassed Obama by winning 42% of the Arkansas vote, and the rumors that he would not be awarded delegates prior to election night were obviously designed to suppress any turnout in his favor. Democrats know they can count on their media allies to pretty much dismiss a 42% showing, but had Wolfe come within a few points or actually won the state, even Obama’s Media Palace Guards would not have been able to avoid the kind of “loser” narrative that would only pile on the President’s already very bad no good week.

This, however, is what Democrats do. Whether it’s disenfranchising 68,108 of their own voters and declaring them all racist, the ends always justify the means — which is only made possible when you can count on the sycophant media to cover up or downplay your misdeeds.

I interviewed Wolfe last week. He’s a serious and thoughtful candidate, not a quack. He deserves respect from his fellow Democrats, some attention from the national media, and every single one of his delegates.

Most importantly, though, the 68,108 people who voted for Wolfe deserve to have their votes count and their voices represented at the Democrat National Convention.

This is America not Venezuela. Obama is a man, not a god.

Fat chance, dude. Next week is the fourth anniversary of the day democracy died in the Democratic party.

I rode that damn donkey for over twenty years until it turned around and bit me on the ass.