Some people are just easy to fool 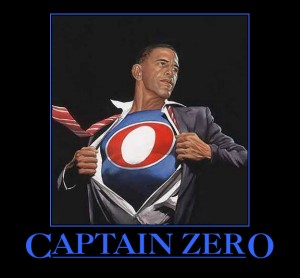 Politicians play hardball all the time. They lie on a regular basis, it’s one of the tricks of the trade. But Obama’s politics, and his career, are built on an exquisitely and brilliantly constructed narrative of integrity and progress. He is the outsider become the insider, the multi-racial meritocrat whose black and white heritage came together into the ultimate conciliator and political leader. His is the story of America, that of a brilliant Harvard Law school educated striver with roots in community organizing, who became a powerful orator, and then America’s first black President. Progressive in spirit, cautious in temperament, he first and foremost understands the challenges facing the nation, the powerful injustice of slavery’s heritage, even though he ultimately finds solace in his belief in America, in American institutions, and in the ultimate goodness of the American way of life.

But there is another narrative, a real narrative about Barack Obama and his administration. Obama is the ultimate cynic, a dishonest, highly reactionary social and corporate ladder climbing con artist. Obama is the guy who calls a female reporter “sweety”, who plays poker with the guys, and who thinks that his senior advisor’s decision to cash out after making a “modest” salary of $172,000 at the White House is just natural. He’s the guy who used the rationale that he’s a father of two girls as to why he doesn’t want young women to have access to Plan B. He was in favor of gay marriage in 1996, flip flopped for political reasons, and then pretended to change his mind as a matter of conscience. He runs on populism with a worse record than George W. Bush on income inequality. His narcissism, and the post-modern ironic sense of self-awareness of how his narrative is put together and tended, is his defining character trait. It’s not just that he’s a liar. Lyndon Johnson was a liar, but LBJ lied us into a war in Vietnam as well as a war on poverty. FDR lied all the time, for good and ill. Obama’s entire edifice is based on lying almost entirely to help sustain his image, with almost no interest in sound policy-making. Obama understands the threat of climate change, but like the exceptional con artist he is, what happens to others he does not know, or what happens in the future, is irrelevant to him. He understands banking, and war, and women’s issues, and corruption and Citizens United. Like a great con artist, he has studied his mark, the American voter, and specifically the Democratic voter, and he undersands which buttons to push.

Many criticize Obama, with the idea that he doesn’t understand, and if only he understood, he would change his mind. This is part of his false narrative of hope and change. But Obama reads Paul Krugman – he studied the left intensely and spent years as a community organizer. He understands his opposition, those crying out for justice against the powerful, and finds them laughable, finds in them weakness at best, a punchline at worst. He reads his left-wing opponents so he can absorb the talking points, and rebut them. Some think that Obama can be appealed to around the better angels of nature, that he’s naturally with “the left” but must be gently praised. But again, this is more of the false hope and change narrative. Obama understands Saul Alinsky. He gets left-wing ideas. But he hates the left, with the passion of any bully towards his victims. To him, they are chumps, weak, pathetic, losers. They are such pathetic losers, in fact, that they will believe anything he tells them. And Obama has no better nature, he is what he’s done in office, someone who murders children with drone strikes and then jokes about it to his rich friends.

Yves wrote about this narrative a few weeks ago, when she pointed out his career in the Illinois state Senate was based on working for billionaire developers to destroy poor neighborhoods. Few really gets who he is, at his core, and almost no one is willing to publicly point it out. There are some who went to law school with him, who saw his enormous grasping social climbing tendencies, his eager corporate good old boy persona, his narcissistic calculations. But they are drowned out by the institutional left-wing voices, the fanboy reporters, the sycophantic labor leaders, the slavishly worshipful foundations, and the voters who cannot hear any alternative to the hope and change they know and love. The only mainstream narrative challenging hope and change is the stupid right-wing storyline that he’s a Kenyan Muslim socialist. That’s just racist idiocy. But there are those on the right who understand Obama’s narcissism, and they may just make that their electoral narrative.

Gee Matt, welcome to the party. Where were you four years ago? We were running around with our hair on fire trying to warn people but we were dismissed as racists.

Obama is actually a really bad liar. Some people are just easily fooled. We weren’t fooled. Were you fooled, Matt?

As for that “Kenyan Muslim” thingamajig, the left talks about that way more than the right does. Oh, there’s a few fringe lunatics who seem to believe it, but the mainstream right just ignores them.

They do call Obama a socialist though, but in Wingnut-speak “socialist” means “Democrat.” Just like in Progressive-speak “racist” means “Republican.”

84 Responses to Some people are just easy to fool