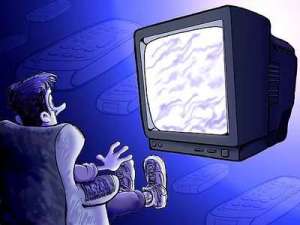 The most memorable TV moments of the last 50 years

The most impactful television events of the last 50 years, as measured in a survey conducted by Nielsen and Sony Electronics. The rankings are based on a questionnaire of consumers about events they had watched, if they remember where they were and if they discussed the events with others.

I have quite a bit of disagreement with this one.

The first one is a gimme, but I would put the JFK assassination at number two. Why is Rodney King beating and the LA riots one event? They happened a year apart. So did the OJ chase and verdict but they are split into two events.

I would dump the deaths of Osama, Saddam and Whitney, along with Casey Anthony, Princess Di’s funeral as well as Will and Kate’s wedding. The BP oil spill was news but it really wasn’t a television event. Obama’s election night speech? Puh-leeze.

Where is the Loma Prieta earthquake? The attempted assassination of Reagan? MLK’s “I have a dream” speech? The wedding of Charles and Diana? The Iranian hostage crisis? Gulf Wars I & II? Vietnam? The first moon landing? Watergate and the resignation of Richard Nixon? The fall of the Berlin Wall? Monica and Bill?

If you’re going to include celebrity deaths, what about Michael Jackson and Anna Nicole Smith? If Casey Anthony makes the list, why not Scott Peterson? Where is the final episode of Lost?

What do you think? This is an open thread.

This entry was posted in Television and tagged Television. Bookmark the permalink.