The Cult of Prodigy 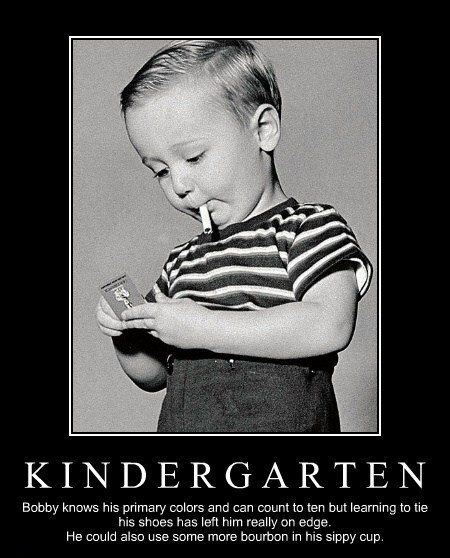 There is a cult of bright young things, a cultural obsession with genius, a need to find beacons of greatness in an ordinary world. In a December 2002 article in The Atlantic Monthly, Marjorie Garber writes, “At this point in history genius has become a commodity, an ambition, and even a lifestyle.” She also notes that, “Deep within us lies a certain strain of longing for genius, a genius worship, that might be described as messianic: the hope that a genius will come along to save us from our technological, philosophical, spiritual, or aesthetic impasse.” When young people display remarkable intelligence or creativity, we are instantly enamored. We want or need geniuses to show us the power and potential of the human mind and we’re so eager to find new people to bestow this title upon that the term and the concept have become quite diluted.

Lehrer may or may not be a genius, but we wanted him to be one. We wanted him to do right by the narrative he is a part of and to be a bold part of the system that helped make him. For a while, Lehrer did his best, with his sharp haircut and designer glasses and confident talk about how we think and create and imagine. We probably also lost sight of the difference between a spokesperson and what is actually spoken. As Garber also notes in her Atlantic Monthly article on genius, “If we remind ourselves that what is really at stake is creativity and invention; if we can learn to separate the power of ideas from that of personality; then perhaps we will be less dazzled by the light of celebrity and less distracted by attempts to lionize the genius as a high-culture hero — as essence rather than force.” The cult of personality, of bright young things, is dangerous. It blinds us. We keep getting further and further away from ideas, from great writing that is nurtured and thoughtful because we’re more interested in the men behind the ideas.

It’s ironic that Ms. Gay published this article at Salon, which has a big stable of “bright young thing” writers on staff. She is correct, but the problem is much bigger than she realizes. It isn’t just the writing field that is obsessed with boy geniuses, it’s our whole culture.

True genius is both rare and erratic. Genius carries no guarantee of mental or emotional stability. “Genius” and “wisdom” are not synonymous. Wisdom is intelligence enhanced by education and tempered with experience.

We have raised a couple generations of young people who all think they are the best and brightest. They want and expect instant gratification, including all the perks and rewards of success. All too frequently they get the rewards even though they didn’t earn them.

There was a time when young people were expected to start at the bottom and work their way up. Now they expect to start at the top, pushing aside those who are older and more experienced.

Intelligence is a talent, and talent is a good thing. But it needs to be developed and combined with character and discipline. In the academic world there are shortcuts (some ethical, some not) that can be taken and intelligence can substitute for effort. Students can use the notes of other students and they can party all semester then cram for tests at the end. They don’t need to learn anything, just remember it long enough to pass the course.

The real world is different. Intelligence is often less important to success than hard work. The process of “working their way up” weeds out the slackers and those with character and personality defects.

No one epitomizes this cult of prodigy more than Barack Obama. He is also the poster child for what is so wrong about this obsession with “bright young things.”

By any reasonable measure Barack Obama was not ready for prime time in 2008. At best he was a rising star. He should have been nurtured, mentored, tested and watched. Had that traditional process taken place his character defects would have become evident before he was given the reins of power.

This morning someone asked “Where are all the Democrat’s rising stars?” That is one of the myriad problems with the current Democratic party – they have no “farm” system, no process for grooming the leaders of the future.

A political party, like a business or any organization, should look beyond today and plan for tomorrow. This means both identifying and preparing talented young people for bigger and better things.

Caveat – this IS NOT about picking winners. The process needs to be competitive in order to weed out those who are unfit or unworthy. As the Bible says, “Many are called but few are chosen.”

The process needs to be without pity. Rising stars need to be given opportunities and increasingly more responsibility, but they must sink or swim on their own. They cannot be coddled or carried. Today’s rising stars become tomorrow’s tested leaders.

Hillary Clinton was once a rising star in the Democratic party. She teamed up with Bill and together they built his career. She was a “power behind the throne” as the First Lady of Arkansas and then the United States. Then came her time and she moved into the Senate as Bill moved into private life. She won two elections and was in her second term when she ran for president. She had literally spent her life preparing for that job.

But she was shoved aside to make room for an alleged prodigy.

Imagine if the voters had been allowed to choose the nominee. Hillary would now be president. Barack Obama would either be vice president or would still be in the Senate. I have no doubt that Hillary would be a shoo-in for reelection, even if the economy was still struggling.

That would mean that Barack Obama could not run for president until at least 2016 when he would still only be 55 years old. That would be eight additional years in the spotlight, eight more years for him to either sink or swim.

We would have had the full benefit of Hillary’s talent and experience, then when her time was almost up we would have voted to choose a successor. By then party should have made sure we had more than one option to choose from. But it would be OUR choice, not theirs.

That’s because when the party picks the winners they usually pick losers.

55 Responses to The Cult of Prodigy