Another night of speechifying, starring the Big Dawg. Between the NFL opener and the Giants/D-Backs game I’ll catch a few bits and pieces. Tomorrow night I promise to watch the whole thing. Maybe.

If you’re gonna watch it tonight here’s the place to discuss it. 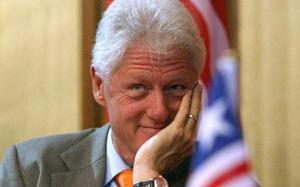 This entry was posted in Democratic Party and tagged DNC Convention. Bookmark the permalink.