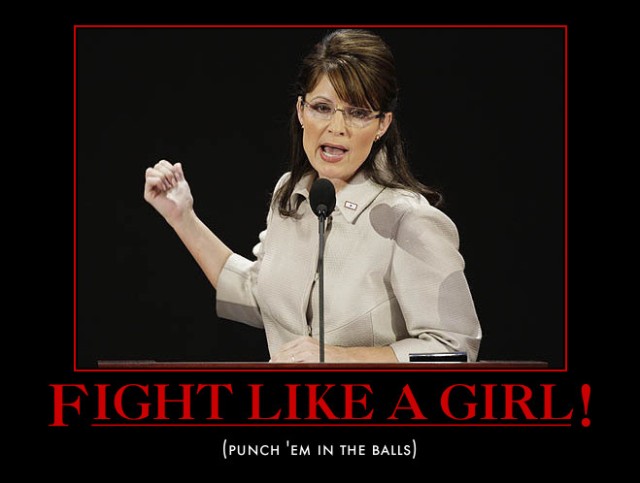 “With so much at stake in this election, both Mitt Romney and Paul Ryan should ‘go rogue’ and not hold back from telling the American people the true state of our economy and national security,” says Palin. “They need to continue to find ways to break through the filter of the liberal media to communicate their message of reform.”

Palin also suggests that Romney and Ryan can be responsible for an epiphany on this country’s fiscal standing. “America desperately needs to have a ‘come to Jesus’ moment in discussing our big dysfunctional, disconnected, and debt-ridden federal government,” says Palin.

“It is nothing short of appalling that President Obama couldn’t even remember how much our national debt is during his interview with David Letterman the other night. Even my 10-year-old daughter knows that it’s $16 trillion, and unlike Obama, she’s not responsible for adding trillions to it. Obama casually told America that we don’t have to worry about our debt in the ‘short term.’ Mitt Romney and Paul Ryan need to ask him how long that ‘short term’ will last.”

Well that would certainly be historic.

With all due respect to the former governor, it might be better to wait until after the election before they go hog wild with that honesty stuff. I’m all in favor of our politicians telling us the truth, but history shows that too much honesty can be hazardous to their careers.

I don’t mean they should lie to people. There’s just some things you don’t share on a first date.