Guess who’s back on Dancing With The Stars? 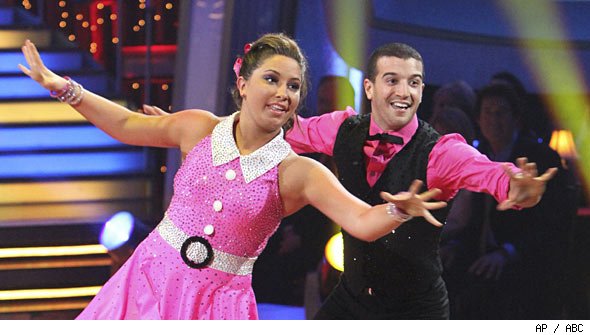 Jeralyn will be soooooo happy!

I really don’t watch this show but my mom is a huge fan. (I don’t mean she’s huge, I mean this is her favorite show.)

You don’t have to watch the show, just be sure to vote for Bristol. Help a single mom while making Obot heads explode.

Viewers can vote for their favorite teams by phone on Monday night during and up to 60 minutes after the DWTS performance shows. AT&T customers can also vote by texting the word “VOTE” and entering the number that corresponds to the team they want to support. Online voting at ABC’s official DWTS site will be open from the start of each episode on the East Coast and closes at 8 a.m. PT/11 a.m. ET on Tuesday mornings.

Here’s the number to call:

If you want to vote for someone else, look the number up yourself.

This entry was posted in Television and tagged Television. Bookmark the permalink.

61 Responses to Guess who’s back on Dancing With The Stars?