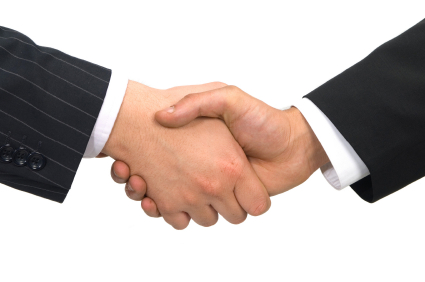 Everybody who has done any kind of sales knows what “closing” means. You’ve made your pitch and now it’s time to turn your prospects into customers. It’s still two weeks until election day, but tomorrow night is the time for Mitt Romney to close the sale with the American people.

I’m not telling Mitt anything he doesn’t know. Mitt has closed deals in the nine-figure range. The problem is Mitt’s prospects are interested but skittish. Four years ago they signed a lease on a Unity Pony Deluxe and it turned out to be a lemon. They don’t want to get fooled again.

Mitt doesn’t need to worry about the other guy on the stage. He’s trying to get the voters to renew their lease on that POS that they don’t want. All Mitt has to do is reassure them that he’s not like the other guy.

If he does, after tomorrow night it will be a done deal.

I’m gonna be your next President!

This entry was posted in Mitt Romney and tagged Mitt Romney. Bookmark the permalink.

33 Responses to Closing the Sale