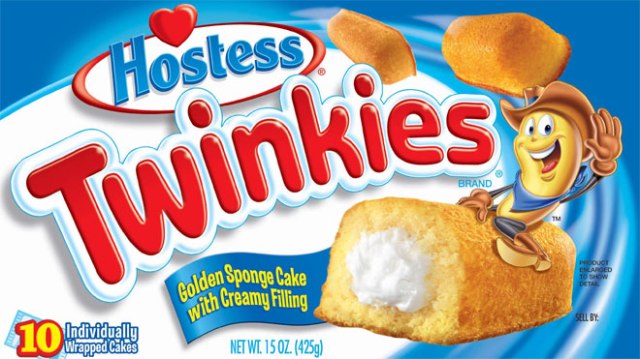 Hmmm, how can we possible use Twinkies as a segue for a post about 1950’s economic policy? Let’s ask the Shill One!

The Twinkie, it turns out, was introduced way back in 1930. In our memories, however, the iconic snack will forever be identified with the 1950s, when Hostess popularized the brand by sponsoring “The Howdy Doody Show.” And the demise of Hostess has unleashed a wave of baby boomer nostalgia for a seemingly more innocent time.

Needless to say, it wasn’t really innocent. But the ’50s — the Twinkie Era — do offer lessons that remain relevant in the 21st century. Above all, the success of the postwar American economy demonstrates that, contrary to today’s conservative orthodoxy, you can have prosperity without demeaning workers and coddling the rich.

Consider the question of tax rates on the wealthy. The modern American right, and much of the alleged center, is obsessed with the notion that low tax rates at the top are essential to growth. Remember that Erskine Bowles and Alan Simpson, charged with producing a plan to curb deficits, nonetheless somehow ended up listing “lower tax rates” as a “guiding principle.”

Yet in the 1950s incomes in the top bracket faced a marginal tax rate of 91, that’s right, 91 percent, while taxes on corporate profits were twice as large, relative to national income, as in recent years. The best estimates suggest that circa 1960 the top 0.01 percent of Americans paid an effective federal tax rate of more than 70 percent, twice what they pay today.

Nor were high taxes the only burden wealthy businessmen had to bear. They also faced a labor force with a degree of bargaining power hard to imagine today. In 1955 roughly a third of American workers were union members. In the biggest companies, management and labor bargained as equals, so much so that it was common to talk about corporations serving an array of “stakeholders” as opposed to merely serving stockholders.

The data confirm Fortune’s impressions. Between the 1920s and the 1950s real incomes for the richest Americans fell sharply, not just compared with the middle class but in absolute terms. According to estimates by the economists Thomas Piketty and Emmanuel Saez, in 1955 the real incomes of the top 0.01 percent of Americans were less than half what they had been in the late 1920s, and their share of total income was down by three-quarters.

Of course Mr. Krugman leaves out a couple important data points, like WWII and the Great Depression. The United States was the only major industrial power to emerge relatively unscathed from World War II. Europe and Asia were physically and financially devastated, Great Britain’s colonial empire was falling apart, and the Soviet Union was stuck with an economic system that did not work.

Meanwhile our infrastructure was undamaged and we were operating at full industrial capacity. War time shortages of fuel, rubber and other materials had ended, and we were able to take advantage of new technologies developed during the war.

I have read a lot of articles about the Great Depression, and none of them blame the stock market crash and the world-wide economic collapse that followed on the incomes of the upper 0.01 percent. But it is easy to see why those incomes dropped between the 1920’s and the 1950’s.

Articles like this one bother me because they fail to show causality. Krugman presents some data that, while accurate, is nonetheless dishonest because of how it is presented. He gives the impression (without explicitly saying it) that if we simply raised the top marginal tax rates back up to 91% we could re-create the economic conditions of an earlier generation.

The world has changed dramatically since Dwight Eisenhower was president. In many ways we are more prosperous than we were back then. (Look around your home and start counting all the things that did not exist in 1955.) The problem is the inflation of our expectations hasn’t matched reality.

Twinkies are a relic of a bygone era. Let bygones be bygones.

38 Responses to The Twinkie Segue