There are none so blind as those who will not see 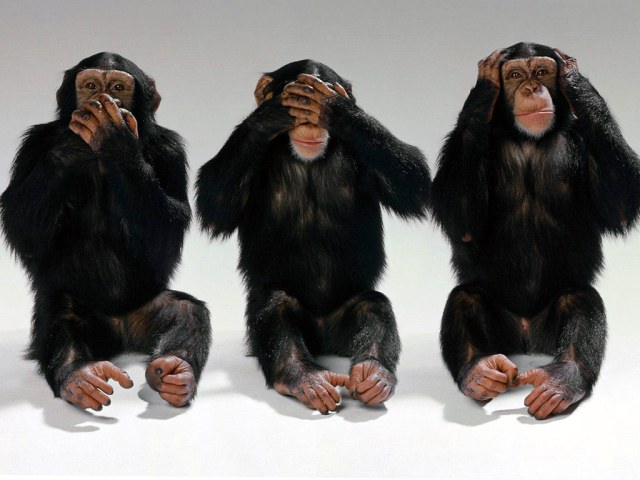 If a campaign finance story is not about David Koch or Sheldon Adelson, do liberals care?

Consider the reaction to Kenneth Vogel’s important report on the winter meeting of the Democracy Alliance, the secretive organization of progressive millionaires and billionaires who finance an extraordinarily byzantine network of liberal foundations and Super PACs that operate with undisclosed “dark money.”

What reaction? Exactly. There wasn’t any.

The left-wing VIPs assembled at the luxury W Hotel across the street from the White House, but only Vogel reported on the story. The gathering did not merit inclusion in either the Washington Post or the New York Times, both of which have offices within blocks of the W, and both of which have devoted reams of newsprint to Mitt Romney’s donor retreats and various Koch-affiliated fundraising summits. Was New York Times campaign finance reporter Nicholas Confessore too busy appearing on NOW with Alex Wagner to cover the event?

More likely the media simply ignore data that complicate their preferred narrative. When it comes to the fraught relationship between money and politics, that narrative is as follows: Money in politics is corrupting only because rich businessmen trade campaign donations to Republicans for low taxes and fewer environmental regulations.

The 2010 Supreme Court ruling in the Citizens United case, the narrative continues, assisted such transactions by treating corporate and union PAC donations as protected speech. Republicans are better at fundraising because they are selfish, whereas Democrats are more concerned with the common good. And when Democrats abandon the principles of campaign finance reform, they do so with heavy hearts and the tragic sense that they could not compete otherwise.

Not only is this fairy tale nonsense, it is the biggest myth in American politics. Liberals use this just-so story to salve their consciences and reinforce their collective prejudices against conservatives. They cannot conceive that progressive donors engage in the exact sort of influence peddling they so lustily condemn.

This willful refusal to face facts leads to repression and confusion. A liberal whose understanding of the 2012 election derived from mainstream media and Team Obama emails would not know that the president’s campaign outraised and outspent Mitt Romney’s campaign by hundreds of millions of dollars. She would be unaware that three of the top five Super PACs were aligned with Democrats. Indeed the overall Republican financial advantage was minimal, a little more than 10 percent. That figure does not include the indirect spending by labor unions that is hard to track. The Democratic Party, meanwhile, has outraised the Republican Party in each of the last three election cycles. Remind me where the GOP’s huge money advantage lies?

His ability to raise vast sums of money was one of the original selling points on Obama. And that’s why they keep Nasty Nancy around too.

If the Democrats really cared about campaign finance reform they would have passed something back when they had a filibuster-proof majority in Congress. Why should they want to change the rules now? They’re winning!