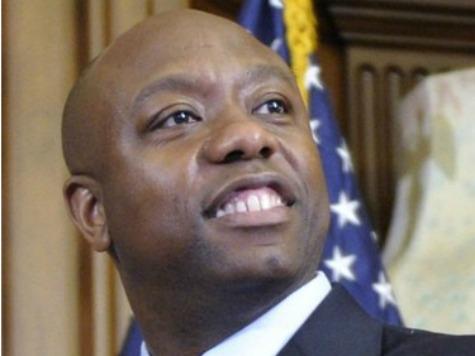 The Old White Men’s Club in Washington will be getting a colorful new member but not everyone is happy about it:

The National Association for the Advancement of Colored People isn’t too excited about the appointment of Rep. Tim Scott to South Carolina’s soon-to-be-vacated U.S. Senate seat.

South Carolina Gov. Nikki Haley announced her appointment of the black Republican during a noon press conference in Columbia, South Carolina. Scott will replace Sen. Jim DeMint, who is leaving to take the top position at the conservative Heritage Foundation.

That appointment will make Scott the only black U.S. senator, at least until 2014, when he runs for re-election. The last black senator was Illinois Democrat Roland Burris, who left office in November of 2010.

Hilary Shelton, senior vice president for advocacy and policy at the NAACP, told The Daily Caller Monday afternoon that the group welcomed diversity in the Senate, but expects the new senator to work against the NAACP’s agenda.

“It is important that we have more integration in the U.S. Senate,” said Shelton in a phone interview. “It’s good to see that diversity.”

“Mr. Scott certainly comes from a modest background, experience, and so forth, and should be sensitive to those issues,” he said, referring to Scott’s impoverished single-parent upbringing in Charleston, SC.

Not only is Scott a Republican, he first arrived in Congress in 2010. That’s right – he’s a member of the Tea Party!

Here’s what to expect from Tim Scott’s appointment:

1. The media will ignore him as much as possible.

2. If the media mentions him, they will try to hide the fact that he is African American.

3. If forced to acknowledge his race, the media will refer to him as a “token black”.

4. Nobody will ever be accused of racism for criticizing Scott or questioning his qualifications.

5. The NAACP will support the Democratic nominee in South Carolina in 2014, regardless of race.