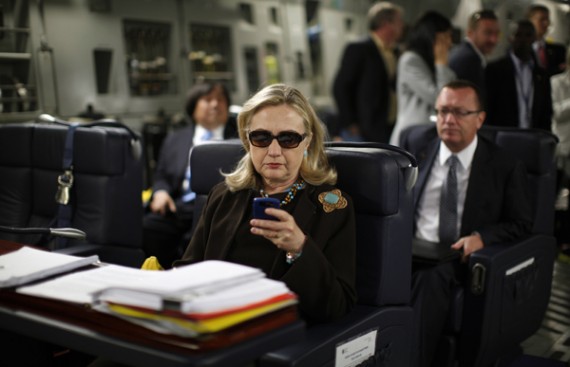 For the first time in 30 years neither Bill nor Hillary Clinton is on a public payroll somewhere. He was Governor then President, then she was Senator and Secretary of State. He was the Attorney General of Arkansas for a while too.

What I Learned Covering Hillary Clinton

I stopped betting against Hillary Rodham Clinton 23 years ago when I watched her crush one man’s ambitions to preserve her husband’s career.

“Tom!” the first lady of Arkansas shouted. “I think we oughta get the record straight!”

Waving a sheaf of papers, Hillary Clinton undercut McRae’s criticism of the Clinton administration by pointing to his past praise of the governor. It was a brutal sandbagging.

“Many of the reports you issued not only praise the governor on his environmental record,” she said, “but his education and his economic record!”

McRae’s primary campaign was toast. Bill Clinton was one step closer to the White House.

What a low-down dirty move, confronting a candidate with his own words! What a horrible thing for the wife of a popular incumbent to do!

Seriously, I don’t know what Hillary plans to do next but I wish the best for her and Bill. They’ve earned a break. Maybe Chelsea will give them a couple grandkids to play with.