One Year Ago – Trayvon Martin 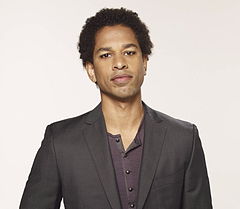 A year later and we’re still waiting for justice. Trayvon is dead — he would’ve turned 18 on February 5th, but instead, his heart hasn’t beat in a year. George Zimmerman, the man who shot Trayvon, will be on trial this summer. A trial is what the protesters and activists were demanding instead of another black death swept under the rug as if our lives were worth less. But a trial in this particular case is not entirely justice because there are deeper societal problems at play that mean another black kid could become the next Trayvon on any day.

I’m not pre-convicting or pre-judging Zimmerman, who is claiming self-defense in the face of a second-degree murder charge. I’m just dealing with the known facts. Trayvon is dead after an interaction initiated by an armed man, a man who acted as a neighborhood vigilante and who, as we hear on a 911 call, saw Trayvon as a threat who was probably armed and on drugs. Early in that recording he says: ”This guy looks like he’s up to no good or he’s on drugs or something. It’s raining and he’s just walking around looking about.” And a little later he adds, “Yeah, now he’s coming toward me. He’s got his hands in his waistband. And he’s a black male.” That perception of Trayvon as armed, drugged and criminal hits the stereotype trifecta for a young black man. If Zimmerman had not been hopped up on stereotypes and vigilantism then maybe he would’ve waited for the police. Or not followed Trayvon.

Since the killing, there has been a concerted effort by Zimmerman’s supporters to define him as Hispanic — as if this would change the case by removing the potential of racial profiling. This is a clever way of combining the “people of color can’t be racist” meme (an idea most whites usually reject) and the “one-drop rule” — a hold-over from slavery that says that having one drop of black blood meant you were a slave so that new slaves could be created even if they had a white parent. This rule has not historically been applied to other races and extending it to Zimmerman because his mother is Peruvian and his father German-American seems a strange stretch. And besides, race is a social construct, not a biological reality, so to evaluate whether he was racially profiling, we’d have to know what race Zimmerman considers himself. But even that question is moot once you realize that biases against people of color quite often reside inside people of color. Even if Zimmerman sees himself as Hispanic that doesn’t mean that he couldn’t view a strange black body in the distance through a racist lens.

First of all, “Justice” is only “elusive” if you think that George Zimmerman should be locked up already. You can rest assured that if Zimmerman is acquitted Touré will claim that an injustice occurred. But I don’t recall Touré bemoaning all the black deaths in Chicago last year.

Touré needs this case to be about racism. Racism is the thing that defines Touré Neblett. That’s why he needs for Zimmerman to be white. That’s why he studiously ignores the fact that Trayvon Martin attacked George Zimmerman – violently and without justification or provocation.

BTW – Is it still a stereotype if it’s true?

I was born and raised in a different country - America. I don't know what this place is.
View all posts by Myiq2xu →
This entry was posted in Playing the Race Card and tagged People v. George Zimmerman, Touré Neblett. Bookmark the permalink.

28 Responses to One Year Ago – Trayvon Martin