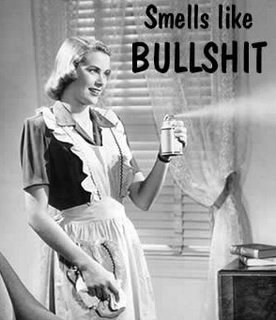 A newspaper in West Virginia is defending its decision to publish a reader’s racist and homophobic comments, which called for “queers” to be put to death along with “n*ggers, spics, kikes and wops.”

WCHS-TV reported on Wednesday that the Lincoln Journal had come under fire for printing a transcript of a reader’s voice mail comments in the “Gripe and Gratitudes” section of the paper.

The reader referenced a recent report about how the Lincoln County Board of Education had terminated lesbian teacher Kelli Burns from her job at Guyan Valley Middle School teacher after she accused board officials of forcing students to write complaints that she had tried to “turn them gay.”

“We were really glad to hear that School Board is getting rid of them queers,” the voice mail said. “The next thing is we need to get rid of all the n****rs, the spics, the kikes and the wops.”

“You know even them Catholics, they are wrong as baby eaters,” the reader continued. “We need to clear them people out and have good, white, God fearing Christians and everybody else needs to be put to death for their abominations.”

Some West Virginians told WCHS-TV that the column was offensive.

“That’s not nice,” Hamlin resident Melissa Rogers insisted. “I support the gays, and I’m not racist at all.”

But other readers agreed with the bigoted opinion.

“I don’t have to read it all, I already agree with that,” Hamlin resident Leroy Ramey opined. “Get rid of them.”

Lincoln Journal managing editor Sean O’Donoghue, who is a Roman Catholic, agreed that the comments were offensive, but said that he had no regrets about publishing them.

If you only read the headline you would get the impression that a West Virginia newspaper was in favor of putting gays and minorities to death. All they did was publish a reader’s racist and homophobic comments.

The comments are despicable, but I believe in free speech. I don’t see anything wrong with a newspaper publishing offensive comments and ideas, if for no other reason than to make people aware of what some of their neighbors are thinking. It would be appropriate for the paper to publish a disclaimer disavowing any support for the ideas, but that would be up to them.

What is missing in the article by Raw Story is context. What we are given is anecdotal evidence of two bigots expressing their opinions. Paired with a one-sided version of a teacher’s termination the article leaves the impression that West Virginia is filled with bigots.

I have never been to West Virginia so I can’t tell you what people there are like. But I strongly suspect they are real people and not caricatures. I don’t doubt that some of them are bigots. But I am equally sure that some of them are more intelligent and enlightened than that. Context would give us some idea of the prevailing local opinions.

But that might not fit the media’s preferred narrative about West Virginia.

I don’t know what really happened in this case. But I get the feeling there is more to the story than we are being told. That always makes me wonder why we aren’t being told everything.