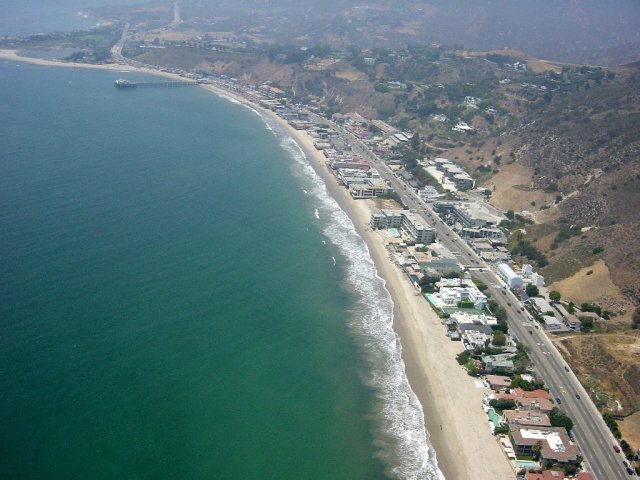 Malibu stars battle environmentalists to save their beach homes

Some of Hollywood’s wealthiest stars are battling environmentalists over a $20million plan to save their houses on Malibu’s badly named Broad Beach. Steven Spielberg, Robert Redford, Dustin Hoffman, Goldie Hawn and Pierce Brosnan are among 108 homeowners along the 1.2-mile beach, where houses sell for up to $30million. When most of them were built in the 1970s, the owners had to walk 140 feet in the sand to reach the surf. Now, at high tide, the waves crash against an 8-foot-high emergency rock barrier. Though the stars want to spend their own money to rebuild the beach with sand dredged from the ocean floor, regulators have blocked the plan. Environmentalists prefer a “managed retreat” from the waves so the shore can revert to its natural state. Nancy Hastings of the Surfrider organization is sure the stars are committed to the environment, “But when your home is threatened, it puts things in a whole new perspective,” she told The Post’s Richard Johnson. Another eco-activist said, “They drive Priuses and have the right bumper stickers, but they care more about their houses.”

This might shock you but I gotta go with the Rich and Shameless of Malibu on this one.

California is the home of the environmentalist movement. Although many of them migrated northward during the 60’s and 70’s, we probably have more tree-huggers here than in the other 56 states combined. I wasn’t born in California but I was raised here. In school I received all the right environmental indoctrination. But for some reason it didn’t take.

I’m not saying that I’m pro-pollution. I believe that we should not waste or contaminate our natural resources. But I despise eco-freaks.

Environmentalists love nature but hate humans. What they forget is that we are part of nature. And since at least the Agricultural Revolution humans have been tampering with nature. Our ancestors were not content to “live in harmony with nature”. They decided to make a few improvements in order to increase their chances of survival.

There are approximately 7 BILLION people on this planet, give or take a billion. If we threw away all our technology and tried to “live in harmony with nature” then several billion people would quickly die from thirst, starvation, disease and/or exposure to the elements.

From what I remember of science classes, beaches are made out of sand which is lots of small grains of rock. The sand is created when larger rocks disintegrate, eroded by water, weather, and glaciers. These small rock particles wash down the streams and rivers into the ocean. Waves and currents push the particles around until the eventually accumulate in piles.

Depending on where those piles end up we call them by different names. When they accumulate along a shore we call them “beaches.” There are actually people out there who study how beaches are formed. Because these people are real scientists they can actually predict these accumulations.

In this particular case we are talking about Hollywood stars and some of the priciest real estate on the planet. But how would we react if these were poor people or a bunch of suburb dwellers being threatened by Mother Nature?

Imagine if the scientists agreed that the reason the sand on Broad Beach had eroded away was due to something humans had done. The environmentalists would be screaming for the beach to be rebuilt toot sweet. 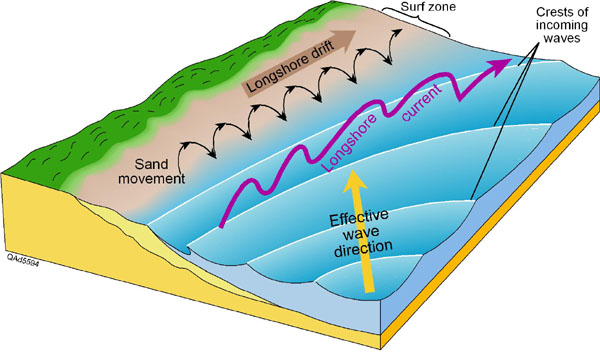 I was born and raised in a different country - America. I don't know what this place is.
View all posts by Myiq2xu - BA, JD, FJB →
This entry was posted in Environmentalism and tagged Environmentalism. Bookmark the permalink.

105 Responses to The Natural State