As a former Louisvillian, I have been watching the McConnell-Progress Kentucky taping scandal unfold with some interest. It is quickly turning into a melodrama of epic proportions, little of which will make it into the national mainstream media because of the ideological bias of that institution. The scandal involves three key players on the left, all of whom have questionable criminal backgrounds, and the peculiar political dynamics inherent in incestuous small-to-medium sized towns.

Louisville is well known among its inhabitants as an incestuous town. From the major power players and the extreme wealth of the East End-Oldham County nexus to the so-called counter-culture of “The Scene” as its participants call it, to the extreme poverty of the West End, the players keep playing in their own backyards, fighting amongst the various factions, and protecting insiders in ways that Shakespeare himself could not resist writing about were he alive today. I like to call it Shakespeare for Hillbillies, though the participants would object that they are from “cosmopolitan” Louisville.

I lived in Louisville for some 20+ years before making the jump to Hoosierland here in Indiana, so I know a lot of which I speak. One of the best parts of moving across the bridge was the ability to leave Louisville’s political scene in the dust. I had no idea what ideological suffocation I felt until it was gone. People like to think of Kentucky these days as part of the Midwestern nexus of GOP power, but the truth is that the Democratic Party has long had a lock on the state. Ernie Fletcher, for example, was the first GOP governor in Kentucky since the year I was born (1971). Louisville in particular is a bastion of Democratic politics.

About a week ago, a non-scandal broke out when David Corn, Mother Jones’ Chief Washington Correspondent, who specializes in leaking opposition research for national Democrats, published the transcripts and audio of a secret recording of an oppo-research meeting of McConnell’s reelection staff. Less than a week later a member of the Executive Committee of Jefferson County Democrats announced to the press that two members of a Democratic superPAC called ProgressKentucky had bragged about recording the meeting from the hallway outside. The liberal national media initially jumped on the case, focusing on the fact that participants in the McConnell meeting had mentioned Ashley Judd’s mental health, a fact she herself mentioned in her own memoir published in 2011. Apparently it’s okay for she, not for thee.

Character assassination is nothing new in politics. Recall the relentless attacks last year on Mitt and Ann Romney, from Rosen’s comments that Ann Romney hadn’t “worked a day in her life,” to their tax returns, to Mitt Romney’s “binder full of women.” Just check out some of the more questionable attacks on Obama coming from places like Infowars (no link, sorry). The political landscape is riddled with what rational people call ad hominem attacks. What made this story so special was the status of Mitch McConnell as Minority Leader for the GOP, and the fact that he has been particularly effective at neutralizing some of Democrats’ most beloved agenda items, most notably McCain-Feingold. He is a shrewd and calculating player of the game, and that Democrats cannot abide. Hence the intense push to unseat him.

Much to Corn’s chagrin, I suspect, the case has done nothing but strengthen McConnell in Kentucky. That’s because he knows how to play the game, and got out in front of the story quickly with a narrative of “Nixonian-Watergate style” attacks by state Democrats. The story turned an endangered incumbent suffering from low approval ratings into a sympathetic figure to the less-than-interested voters across the state, voters who, it must be noted, were suspicious of a perceived radical outsider like Ashley Judd from the get-go. 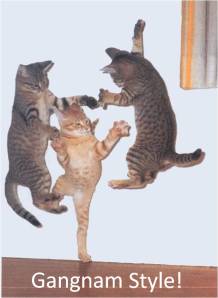 The reason for this is the near-universal condemnation of ProgressKentucky’s legally questionable tactics, and the emerging character portraits of the three key players on the left. These players are: Shawn Reilly, co-founder and leader of ProgressKentucky; Curtis Morrison, a longtime Louisville activist, OccupyLouisville leader, and freelance reporter for the aptly named Insider Louisville who also served as ProgressKentucky’s communications point man until the Twitter feed of PK made racially insensitive remarks about McConnell’s Chinese wife; and Jacob Conway, the Democratic Party finger-pointer who outed the pair. As it turns out, all three have criminal histories that have emerged in the wake of the breaking story, and they are all turning on each other as the FBI continues to investigate.

Most of this has been unearthed via careful and tedious investigative reporting done by Jacob Payne of Page One Kentucky, a political independent who seems to delight in revealing the ridiculousness of Kentucky party politics on both sides of the aisle. In several posts he has uncovered Shawn Reilly’s involvement in the famous murder of a Bellermine University student a few years ago, Curtis Morrison’s trespassing charges, and Jacob Conway’s plea deal to what could have been a charge of embezzlement after $3,000 went missing from his former employer. Those are just the facts, but the details on Reilly’s and Conway’s background in particular are far more lurid, involving lying to the police, a civil law suit, and fleeing subpoenas in the case of Reilly, and  lying to the police and secret escort services in the case of Conway. I invite you to check out the juicy details for yourselves.

Notably the local mainstream press won’t touch these issues, as is their wont in the incestuous fishbowl of party politics that is the town of Louisville. For Louisville’s power players, members of one’s own faction must be protected at all cost, even the cost of one’s own credibility. The irony, as well as the dynamics of Louisville’s political landscape, are best exemplified by Insider Louisville editor Terry Boyd’s quote when asked about Morrison’s involvement in the wake of Conway’s allegations:

“I don’t know what the hell is going on with the Mitch McConnell thing, and I don’t want to know.”

The case has pitted national Democrats, desperate to distance themselves from what they call “amateurs”, against Louisville’s insider Democrats who instinctively operate out of a sense of self-preservation. Nevertheless, for those in the know, the irony of Kentucky’s Democratic operatives outing McConnell for private character assassination talk getting outed and character assassinated themselves publicly is not only juicy, it’s hilarious. Pass the popcorn, please.

Bitch, please.
View all posts by Woke Lola →
This entry was posted in 2014 Elections, Department Of You Can't Make This Shit Up, Uncategorized. Bookmark the permalink.