Impeachment Is Not Gonna Happen 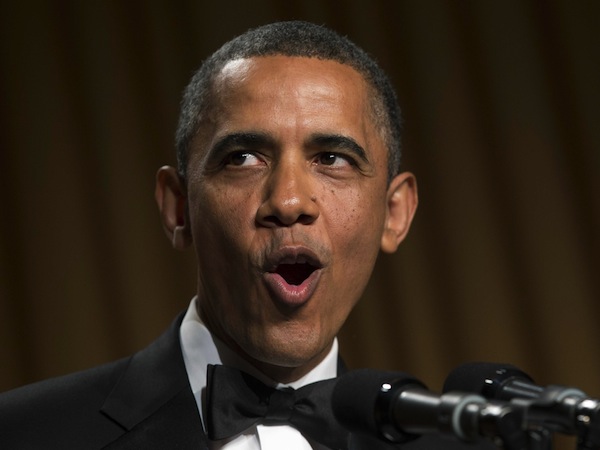 Huckabee: Obama will be ousted over Benghazi

Former Republican presidential candidate Mike Huckabee said on his radio show Monday that President Obama “will not fill out his full term” because he was complicit in a “cover-up” surrounding the attack that killed Ambassador Christopher Stevens and three other Americans in Libya.

“I believe that before it’s all over, this president will not fill out his full term,” Huckabee said. “I know that puts me on a limb, but this is not minor.”

“When a president lies to the American people and is part of a cover-up, he cannot continue to govern,” he added. “And as the facts come out, I think we’re going to see something startling. And before it’s over, I don’t think this president will finish his term unless somehow they can delay it in Congress past the next three and a half years.”

Huckabee, the former governor of Arkansas, said the only way Obama would not get impeached was if Democrats made gains in both chambers of Congress.

“If they’re able to get control of the House and maintain the Senate, this will not happen because they won’t let it happen,” he said. “And they won’t let it happen not because they’re protecting just the president, they’re trying to protect their entire political party. If they try to protect the president and their party, and do so at the expense of the truth, their president and their party will go down. Now, here’s what I’m going to suggest will happen — as the information and facts begin to come out, it will become so obvious that there was a concerted and very, very deliberate attempt to mislead this country and its people, to lie to Congress, as well as to you.”

Let’s be absolutely clear – impeachment is not gonna happen. Stop dreaming. Okay, technically it could happen, but just like with Bill Clinton he’ll never get convicted.

In an almost perfect world Barack Obama and a few members of his administration would have already resigned in shame. (In a perfect world there would have been no scandal in the first place.) If the media had done their jobs Mitt Romney would have just ended his unofficial first term honeymoon.

I have said from the beginning there are two issues here – the fuck-up and the cover-up. So far I have seen no evidence that the fuck-up was anything but incompetence. To be fair, the incompetence belongs mostly to someone other than Obama himself. One or more of his current and/or former underlings is primarily responsible for the fuck-up that cost four American lives.

Sadly we don’t impeach people for incompetence. Even if we did, that’s not the reason Obama won’t be impeached.

Obama is jointly and severally liable for the cover-up. Not just because each conspirator is guilty of the entire conspiracy, but because he is the chief conspirator – he directed and authorized the cover-up. For that he should be impeached – but he won’t be.

The House of Representatives in controlled by the Republicans and they could potentially pass articles of impeachment by a simple majority vote, just like they did with Bill Clinton. But the trial for impeachment would take place in the Senate, and the Democrats control that side of Congress. There is simply no way that two-thirds of the current Senate would vote to convict Barack Obama.

Especially not with the media defending him. The media initially ignored Watergate, then they smelled blood and helped drive Nixon from office. The media went crazy with the Lewinsky scandal, but that wasn’t enough to oust Bill Clinton because his popularity remained high despite the lurid revelations.

In this case the media is committed to protecting Barack Obama. They are already complicit in the cover-up. Without their help Mitt Romney would be president.

Any Benghazi investigation will stop short of the Oval office just like the investigations into the Bush Administration because one or more of his henchmen (and/or henchwomen) will be sacrificed to protect him. There will be no smoking gun directly linking Obama to the cover-up.

That’s not the way it ought to be, but that’s the way it is. And no, I am not happy about it. 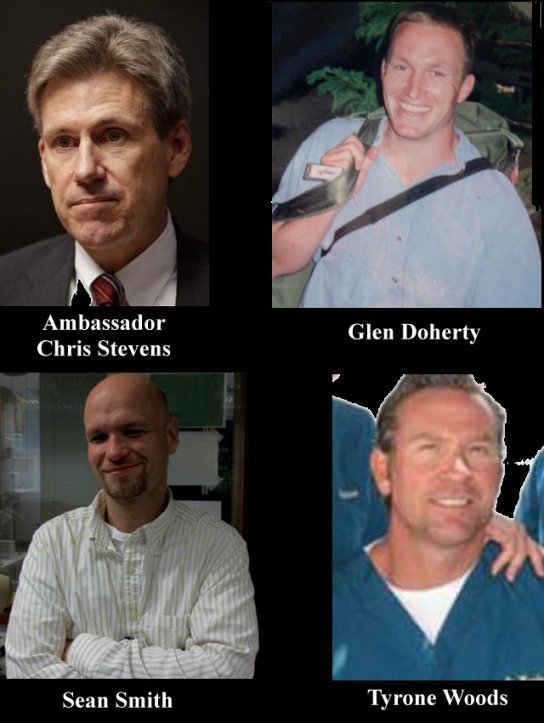 9 Responses to Impeachment Is Not Gonna Happen