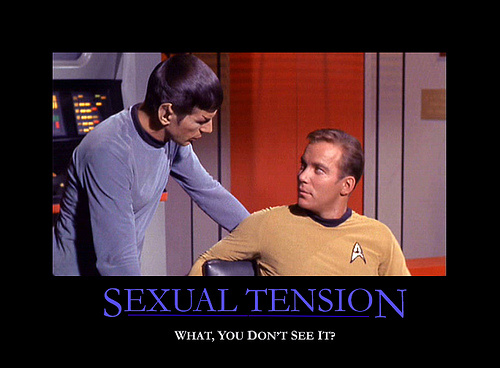 As the Scandal Circus, a.k.a The Greatest Show on Earth, heats up, Obama’s bromance partners are out in force trying (fruitlessly, it might be noted) to shore up his left flank. Here’s Jeffrey Toolbin, explaining away the IRS scandal:

In light of this, it might be useful to ask: Did the I.R.S. actually do anything wrong?

The stories began to come to light on Friday, when the Associated Press reported that a draft report by a Treasury Department inspector general had found that the I.R.S. subjected certain Tea Party-affiliated groups to undue scrutiny. Lois Lerner, head of the I.R.S. tax-exempt-organizations division, said the agency was “apologetic” for what she termed “absolutely inappropriate” actions by lower-level workers.

It’s important to review why the Tea Party groups were petitioning the I.R.S. anyway. They were seeking approval to operate under section 501(c)(4) of the Internal Revenue Code. This would require them to be “social welfare,” not political, operations. There are significant advantages to being a 501(c)(4). These groups don’t pay taxes; they don’t have to disclose their donors—unlike traditional political organizations, such as political-action committees. In return for the tax advantage and the secrecy, the 501(c)(4) organizations must refrain from traditional partisan political activity, like endorsing candidates.

If that definition sounds murky—that is, if it’s unclear what 501(c)(4) organizations are allowed to do—that’s because it is murky.

But let’s be clear on the real scandal here. The columnist Michael Kinsley has often observed that the scandal isn’t what’s illegal—it’s what’s legal. It’s what society chooses not to punish that tells us most about the prevailing ethical standards of the time. Campaign finance operates by shaky, or even nonexistent, rules, and powerful players game the system with impunity. A handful of I.R.S. employees saw this and tried, in a small way, to impose some small sense of order. For that, they’ll likely be ushered into bureaucratic oblivion.

How cute is that? Don’t blame the IRS low-level employees; blame the system. The perpetrators-as-heroes narrative is as old as politics. Nevertheless, the Democrats’ ability to provide “nuance” for their own side is alive and well. Bless their hearts.

But wait! There’s more! Bromance master of the interwebs Josh Marshall has been provided insight into the developing AP wiretapping scandal. See, it’s not really a matter of Nixonian politics, as some would suggest. It’s just his favorite little snuggy-wuggy, the same one that led him to excuse so much of President Bush’s misbehavin’: Surprise! It’s National Security! According to one of his readers:

The AP story on the Justice Department “secretly” obtaining phone records from AP strikes me as an unprofessional effort by the AP to make the Department look bad.

If you read the story your learn that Justice is in fact investigating a leak to the AP. The merits of such am investigation may be debated but for the AP to write this article in this fashion would be like a politician under investigation issuing a press release about the evil investigation against him. Everyone would understand it for what it is.

More important it is clear to anyone who understands what happens in this type of investigation that the Justice Department subpoenaed phone records. Those records came from the phone company not from AP. They relate to dates and times of phone calls not content. Under the law such a subpoena is perfectly proper and under the law Justice and the phone company must notify the party (in this case AP) that records were subpoenaed.

I think AP protests just a bit too much and seeks to smear Justice (knowing full well that many Republicans will jump on this quickly).

I think there’s still a very live question of whether this was a prudent action on the part of the DOJ, as maximal restraint should always be used when subpoenaing journalistic records. But I do think he’s at least on to something that such an article would definitely have included more and different context if AP weren’t the party at issue and the ‘secretly’ phrasing does perhaps knowingly mislead.

Well, thank goodness they never resort to victim-blaming in the Democratic party, amIrite? All of this is having the desired effect in the trenches, of course. The little guys who fight the real war at places like DailyKos now have some ammo to work with. And they can still put their adoration of Obama above their own professed values. See exhibit A, from bromancer ericlewis0. Here’s a screen shot of the “Tip Jar”: