The Moral Equivalent Of War? 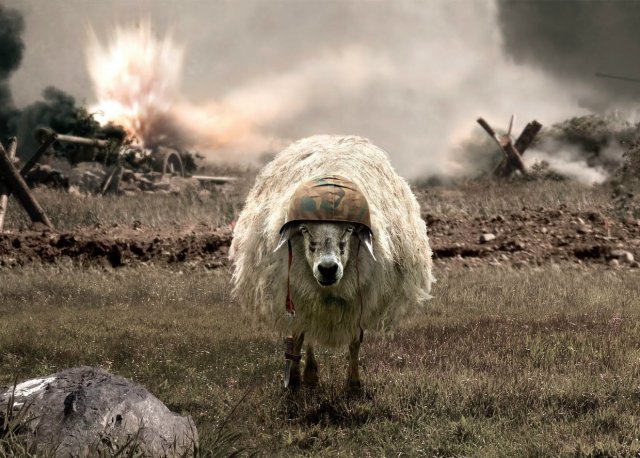 The Hollow Core of Obamaism

Longtime readers of mine will recall that one of my bugaboos is the liberal obsession with the “moral equivalent of war.” Ever since William James coined the phrase, liberalism has essentially become a cargo cult to the idea. The core idea, expressed in myriad different ways, is that normal democratic capitalism is insufficient. Society needs an organizing principle that causes the citizenry to drop their individual pursuits, petty ambitions, and disorganized lifestyles and unite around common purposes.

Naturally, the State must provide leadership and coordination in this effort, just as it does in a war. That was the essential rationale behind the New Deal – war mobilization without war.

Barack Obama has spent much of his presidency all but begging the American people to imbue themselves with a moral equivalent of war spirit. Sometimes he’s used the phrase explicitly, other times he’s dreamed that America could act like the military. Other times he’s droned on about the need for unity and dedicating ourselves to a “cause larger than ourselves” – that cause invariably being the government. He’s talked a lot about “Sputnik moments” and the need for Americans to rally around his green agenda the way we rallied around the space program.

I loathe all of this. The whole point of a free society is that people will do what their hearts and consciences tell them to do, individually and in voluntary association. We have a military to keep us free, not to provide examples of how best to surrender our freedom. Moreover, the exhortation to give our selves over to the spirit of wartime mobilization when there is no war is frightening because, unlike real wars, not only is “victory” not defined, it cannot be defined. We will never have a kingdom of heaven on earth, so any call to mobilize the people to fight for one necessarily means permanent mobilization, which means the permanent surrender of what this country was founded to establish.

In my lifetime I have seen several “moral equivalents of war”, including the War on Drugs and the War on Poverty. We seem to be losing both of them. The War on Drugs turned out to be a very expensive war on drug users with enormous collateral damage.

The pattern is always the same:

This isn’t necessarily bad, but it’s the pervasiveness, not the pattern that is the problem. It’s Father Knows Best meets the Nanny State in a crony capitalist’s authoritarian wet dream.

57 Responses to The Moral Equivalent Of War?