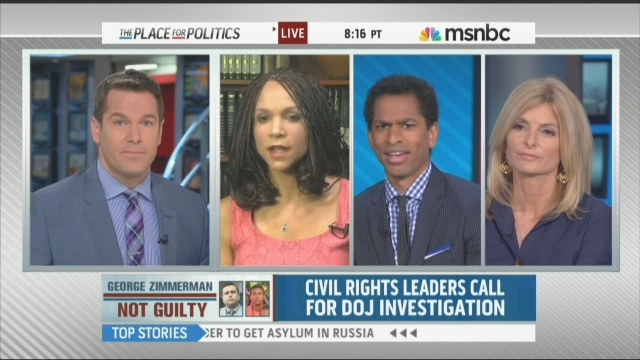 The intertoobs have spawned a new variety of tin foil hat conspiracy nuts. They are commonly called “truthers”.

First there were the 9-11 Truthers who were convinced that the destruction of the World Trade Center was an inside job done by controlled demolition. Then came the Birthers who were certain that Barack Obama was really born in Kenya. Right behind them were the Trig Truthers who claimed that Sarah Palin faked a pregnancy and that he daughter Bristol was the actual mother of Trig Palin.

Now we have Trayvon Truthers. They believe that a white man named George Zimmerman cold-bloodedly stalked, harassed, attacked and murdered an unarmed, innocent young black kid who was just walking home from the store where he bought some Skittles.

Trayvon Truthers believe that Zimmerman is a clever and calculating racist who staged the confrontation so he could literally get away with murder. They also believe that he was assisted by racist cops and a racist justice system.

I am not going to recite all the false information that the Trayvon Truthers base their beliefs on because you have heard it all before. They also rely on counterfactual hypotheses like “If George Zimmerman was black he would have been immediately arrested.” How can you disprove such an argument?

But the dead giveaway that you are dealing with a Trayvon Truther is how they react when you confront them with the actual evidence. A rational and reasonable person, when confronted with proof that their facts are incorrect or incomplete will reevaluate and reassess their arguments.

Trayvon Truthers, like all nutjob conspiracy theorists, will simply shift to a new argument. It goes something like this:

“Trayvon was doing nothing except walking home when he was shot”

“No, Trayvon was beating the hell out of George Zimmerman.”

Trayvon Truthers are like Obots and other cultists (which is not surprising because there is quite a bit of overlap between them). There is no point in arguing with them. Ban them, block them and/or simply ignore them.

A cynic might say that some or all of these people know that the things they keep saying are untrue. But that would involve a whole new conspiracy theory. I’ll just stick with calling them stupid.

Never argue with a pig. It wastes your time and the pig enjoys it.

I was born and raised in a different country - America. I don't know what this place is.
View all posts by Myiq2xu →
This entry was posted in Trayvon Truthers. Bookmark the permalink.