Was the Attack on Pearl Harbor Just a Surgical Strike? 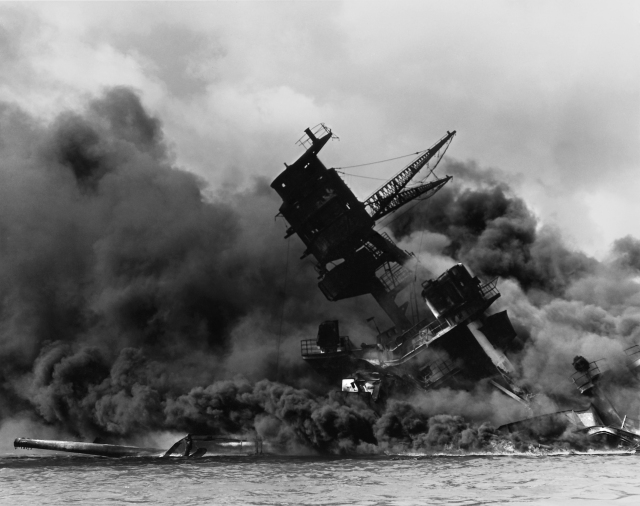 I find myself in the strange position of agreeing with John Cole:

Why, every time we come up on a significant crisis like Syria, does a significant portion of people I read online act like a military strike is not a declaration of war? There is no such thing as air strikes without war.

Unless you are prepared to say that if another country launched a shitload of Tomahawks into continental US it wasn’t an act of war. You can shrug your shoulders and say you aren’t outraged at the missiles hitting our cities are just “tactical strikes.”

It’s war, and pretending it is just a “surgical strike” or a “limited engagement” or “just sending a message” is a joke. It’s magical thinking designed to help people cope with the go on/get along and to convince themselves they are not warmongerers.

When you start dropping bombs and lobbing missiles at another country that is an act of war, regardless of whether you have made a formal declaration of hostilities first. And Article I, Section 8, Clause 11 of the Constitution states:

The Congress shall have Power… To declare War, grant Letters of Marque and Reprisal, and make Rules concerning Captures on Land and Water

I was born and raised in a different country - America. I don't know what this place is.
View all posts by Myiq2xu →
This entry was posted in Syria and tagged Syria. Bookmark the permalink.

77 Responses to Was the Attack on Pearl Harbor Just a Surgical Strike?