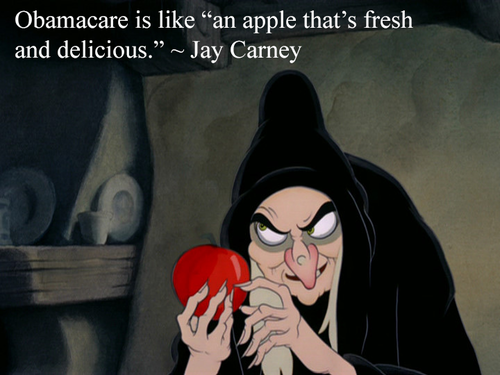 “Dem Party is F****d.” That was the subject line of an email sent to me Sunday by a senior Democratic consultant with strong ties to the White House and Capitol Hill. The body of the email contained a link to this Los Angeles Times story about Obamacare “sticker shock:”

“These middle-class consumers are staring at hefty increases on their insurance bills as the overhaul remakes the healthcare market. Their rates are rising in large part to help offset the higher costs of covering sicker, poorer people who have been shut out of the system for years.”

In his story, reporter Chad Terhune also quoted a letter sent to a California insurance company executive. “I was all for Obamacare,” wrote a young woman complaining about a 50 percent rate hike related to the health care law, “until I found out I was paying for it.”

Also of interest to the Democratic consultant: A Josh Barro column on Obama’s promise that “if you like your health plan, you can keep your health plan.” It was never a reasonable pledge, Barro argues, and it’s being proven false. He called this “a good thing” because “a lot of existing health plans were bad.” Reforming the nation’s health care system “was necessarily going to have to change a lot of people’s health plans,” Barro wrote.

The Democratic consultant said none of this is news to him, but he wonders why Obama wasn’t honest with Americans. He predicted surprise and outrage over higher costs and lesser coverage. “We will own this problem forever,” the Democrat wrote.

I have been saying for years that Obamacare was gonna be a disaster. And the Democrats knew it. The giveaway was that they delayed implementation until after the 2012 elections.

Now you see people spreading the talking point that they deliberately enacted a bad program so they could “fix” it into Single-Payer. The problem with that idea is that it requires committing political suicide.

On the other hand, the GOP establishment seems determined to squander this opportunity. A cynic would say this is just Kabuki and we’re all f****d. The problem with cynics and pessimists is that they’re usually right.

I picked a bad time to quit drinking. I could really use some liquid oblivion right now.

78 Responses to They F****d Themselves