They Did It To Themselves 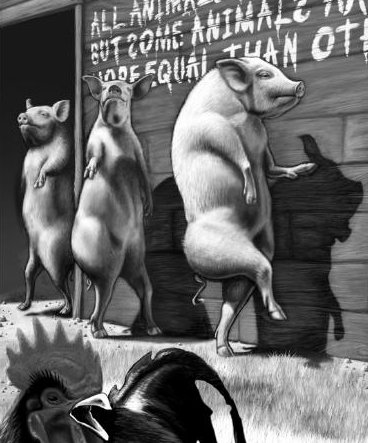 A brief note on why the progressive blog movement failed

In the early 2000s progressive blogging seemed like a big deal. At the first Yearly Kos, as it was called then, big name politicians came and kissed our ass. We were covered by major newspaper and TV outlets. Etc…

Today, we are nothing.

The reason is simple: we could not elect enough of our people. We could not instill sufficient fear. We could not defeat incumbents. We did not produce juice. Clark and Dean didn’t win the 2004 Presidential nomination. Dean was taken out in a particularly nasty fashion (via the manufactured Dean Scream.)

The turning point was when Joe Lieberman, though defeated in a primary, managed to be elected anyway. After the 2006 House capture by Democrats, Pelosi’s democrats betrayed the fundamental principles that the prog blogosphere stood for: they did nothing to stop the war, for example. The Prog blogosphere took it, and worse, most of the blogs that did come out against House Democratic Vichy behaviour, lost audience. (Yes, they did. I tracked this stuff carefully at the time.)

The nail in the coffin was the 2008 primaries. To put it simply, Obama bypassed the blogging gatekeepers. Commenters, whether free or bought (and yes, I believe many were on the payroll) capsized DKos and other major blogs. Obama did not need the gatekeepers, he simply bought out the movement. The bloggers were irrelevant. At least one major blogger acted as a conduit for Obama hits: was fed oppo, and put that oppo out there.

Unlike the Tea Party, most left wingers don’t really believe their own ideology. They put partisanship first, or they put the color of a candidate’s skin or the shape of their genitals over the candidate’s policy. Identity is more important to them than how many brown children that politician is killing.

So progressives have no power, because they have no principles: they cannot be expected to actually vote for the most progressive candidate, to successfully primary candidates, to care about policy first and identity second, to not take scraps from the table and sell out other progressive’s interests.

The Tea Party, say what you will about them, gets a great deal of obeisance from Republicans for one simple reason: they will primary you if they don’t like how you’ve been voting, and they’ll probably win that primary. They are feared. Progressives are not feared, because they do not believe enough in their ostensible principles to act on them in an effective fashion.

The comments and a related thread are both worth reading.

I disagree with Ian that 2006 was the turning point for the progressive blogosphere. Yes, Lieberman snatched victory away from them, but that was also the year that the Democrats re-took the House and Senate as well as six governorships. The progressive blogosphere played a role in that electoral tsunami, although not as big a role as they would have liked to claim.

The new Congress proved to be less enthusiastic and idealistic than the proggers wanted. They were dealt a huge blow to their morale when Speaker of the House Nancy Pelosi declared that “Impeachment is off the table.” But they remained optimistic about capturing the White House in 2008.

That is when everything went wrong.

The first thing that happened didn’t really seem that bad at the time. Progressive bloggers started going professional. Some took jobs with the old media while others started building new media empires. In 2006 everybody was equal in the blogosphere. That was one of the attractions of blogging – anybody could start a blog and many did, or they started posting at group blogs like DailyKos. It was a meritocracy of ideas and persuasive arguments.

By 2008 some bloggers were more equal than others. The big bloggers became focused on self-promotion and brand identification. Blogrolls became exclusive clubs. Blogging was seen as a way to launch a career in the media or political consulting.

Then came the Great Purge of 2008. Suddenly it wasn’t enough that you had been a liberal Democrat for over twenty years, if you didn’t support Barack Obama you were denounced as a racist Republican ratfucker.

I had been arguing politics as a liberal in a conservative area for a long time. On occasion I attracted some less-than polite rebuttals. But I was never attacked as viciously or as frequently as I was attacked by Obama supporters.

There was no sense of camaraderie or fellowship like you might expect from members of your own party. It was scorched earth and defiled corpses. It was unhinged hatred combined with a kind of glee that reminded me of the description of Ravers in the Chronicles of Thomas Covenant the unbeliever. I’m talking about Obots.

The progressive blogosphere became a war zone, and all the big bloggers either enabled the Obots by silence or joined with them. That schism has never healed.

Once upon a time the progressive bloggers called themselves “The reality-based community.” Nowadays they are just shills for Obama and the Democrats. And what have they got to show for it? Worst of all, they did it to themselves.

The Tea Party on the other hand is truly a populist movement with no official leaders. Sarah Palin is associated with the Tea Party but not with any particular group. They remain a bunch of rowdy idealists who stir up trouble by exercising their right to vote.

125 Responses to They Did It To Themselves