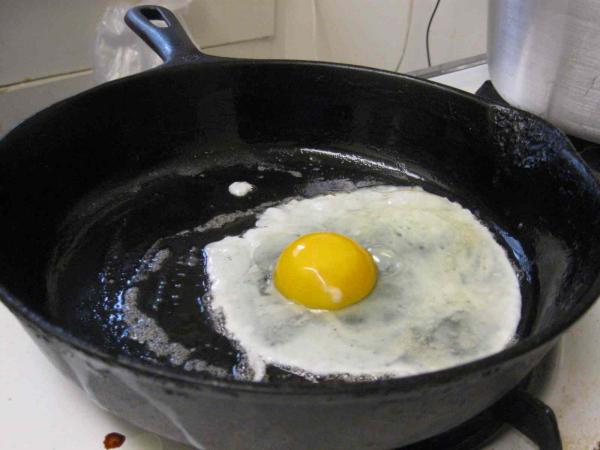 This is your brain on Kool-aid

From How to silence GOP nuts — and stop the Obamacare repeal campaign by Brian Beutler at Salon:

That leaves two possible futures for the Affordable Care Act. One in which it limps ahead. Another in which it undertakes a swift reversal of fortune.

The nightmare scenario isn’t that Obamacare will be repealed. It’s actually hard to imagine a scenario in which Obama leaves office in 2017 without having overseen a massive expansion of health insurance coverage in the U.S. But getting there could be excruciatingly difficult.

If fixing Healthcare.gov takes significantly longer than the Obama administration is forecasting — if the bottleneck persists and enrollments never spike — political, moral and substantive considerations change. What happens, for instance, if fewer people enroll through the exchanges than see their policies canceled?

A net reduction in individual market coverage would be politically humiliating. It would also raise the moral question of whether it’s fair to impose penalties on people for not entering a system that they can’t access and probably don’t trust. At that point, Democrats would face intense pressure to vote for a delay of the individual mandate. They might do it, too. To stave off a full-scale rebellion, the administration would probably act unilaterally, agree to provide hardship exemptions en masse, and hope to hold the votes for a universal delay below a veto-proof threshold, to protect markets in states like Kentucky with functioning exchanges.

Vastly preferable is a “nowhere to go but up” scenario where the website works pretty well in a couple of weeks, enrollments shoot upward, quickly overtaking the number of people whose policies have been canceled. Ideally many of the people who just lost their coverage (motivated insurance purchasers) turn to the exchanges and find policies that they like, or at that they’re happy enough with to quiet their anger over the cancellation of their old plans.

In this scenario, aggregates will begin to matter. The media’s bias toward anecdote and hardship — which has dominated the news for the past month and a half — will have to contend with raw numbers. If total enrollments, including new Medicaid beneficiaries, approach anywhere near the 16 million the Congressional Budget Office initially projected, the tale of the ACA’s success will be impossible for the media to ignore.

Starting Dec. 1, opponents of the law will screen-grab and disseminate every website failure they happen upon. But if the law truly is working well “for the vast majority of users” as the administration likes to say, it will be reflected in swelling enrollment figures and regular updates on the law’s improving progress. That’ll take the sting out of “you can keep it” attacks. Democrats won’t have anything to run from anymore. You can even imagine them repurposing the Upton bill, to put Republicans on the record against stripping new beneficiaries of their health plans.

I imagine a volte-face like that would stop the repeal campaign dead in its tracks.

Beutler thinks it will take a veto-proof majority in both houses of Congress to repeal Obamacare and he’s probably right. On the other hand I suspect that getting enough Democrats to sign on to repeal is a bit more likely than Beutler thinks.

The title of Beutler’s post is deceptive because it doesn’t tell you how to silence anyone, it just lays out a scenario in which Obamacare suddenly becomes popular. I got some bad news for the paste-eating morons at Salon: You ain’t getting a pony!

The problems with the Obamacare website are separate and distinct from what is wrong with the program. Right now is supposed to be the enrollment period for people who were self-insured. That’s like 5 million people, which is less than 1% of our total population. Even the ones who managed to get enrolled haven’t started paying premiums or using their new healthcare plans yet.

The real fun starts when the employer mandate kicks in. That’s where most people get their insurance but Obama delayed the employer mandate until next year and may delay it again. Sooner or later it will take effect and when it does there will be no hiding or spinning the effects.

Remember Obama’s promise that “If you like your doctor, you can keep your doctor?” That was a lie, and a lot of people are gonna be upset about that. New plans, new doctors, and higher premiums are what millions of full-time employees across the nation will facing. It’s gonna be u-g-l-y, and this is all before people actually start using Obamacare.

Ironically, the website glitch has prevented people from finding out exactly how fucked they are gonna be.

83 Responses to Kool-aid Makes You Cray-Cray!