Lose Weight Without Dieting Or Exercise! 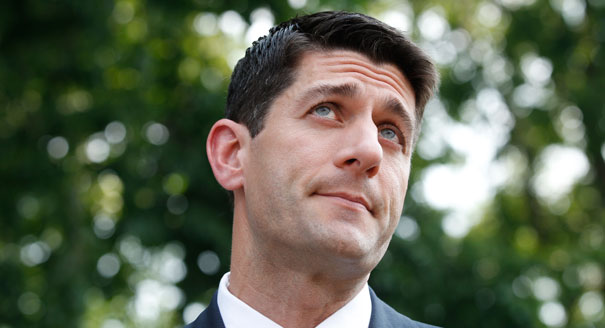 It looks like the GOP has learned its lesson:

The framework amounts to a modest deal that averts another government shutdown, replaces the sequester and provides a level of certainty on spending that hasn’t been seen in Washington for several years. But it doesn’t raise the debt ceiling, which Congress must address sometime next spring. And it’s far from a grand bargain that overhauls entitlement programs or the tax code — an approach the negotiators refused to entertain for fear of getting bogged down.

The bipartisan package includes $63 billion of “sequester relief,” $85 billion of total savings, and $23 billion in net deficit reduction. The agreement would set the discretionary spending level for fiscal year 2014 at $1.012 trillion, and $1.014 trillion in FY 2015.

President Barack Obama backed the deal and Ryan and Murray predicted that it would pass both the House and Senate. Still, both lawmakers acknowledged that conservatives and progressives will find items they don’t like in the package.

For instance, a number of top House Democrats are unhappy the agreement does not include an extension in federal unemployment benefits expiring on Dec. 28. Meanwhile, federal workers hired after Dec. 31, 2013, will have to pay more toward their retirement.

Conservatives will be equally displeased that the plan will require businesses to pay higher premiums to the federal government to guarantee their pension benefits.

Those under age 62 who retired from the military will see a slightly smaller annual cost-of-living increase. Tickets prices will rise for airline passengers. And Medicare providers will face $22 billion in across-the-board cuts in 2022-23, beyond the time period covered by the current Budget Control Act.

Murray and Ryan, however, stood side-by-side to hail the deal as progress, not perfection. They both repeatedly said it was just a “first step.” And both lawmakers said far more work needs to be done to revamp the U.S. government’s fiscal outlook, while still urging their colleagues to back this agreement.

“This bill reduces the deficit by $23 billion, it does not raise taxes, and it cuts spending in a smarter way,” Ryan said at Tuesday night press conference. “I see this agreement as a step in the right direction.”

I know I must sound like a broken record but we can’t keep going on like this. The federal government spends way more than it takes in. This plan, if passed as-is, would reduce the deficit (the annual shortage) by a measly $23 billion over two years. But we will spend over $1 TRILLION each year.

Pardon me while I shout:

THE RYAN-MURRAY PLAN DOES NOT REDUCE THE NATIONAL DEBT BY ONE PENNY!

You will excuse me if I don’t run around with my hair on fire. I ran out of hair a long time ago.

Seriously, I am very pessimistic about the situation. And I blame the voters for the problem. They WANT big government, but they don’t want to pay for it. Any politician who tries to cut spending or increase taxes gets killed at the ballot box.

On the other hand, politicians like Obama who lie to the voters and make promises they know they can’t keep get elected and reelected.

A day of reckoning is coming. Sooner or later the music will stop and the gravy train will end.

But not this year. Or next year either.

109 Responses to Lose Weight Without Dieting Or Exercise!