Welcome to Obama’s Post-Racial America, where the only thing that matters is race 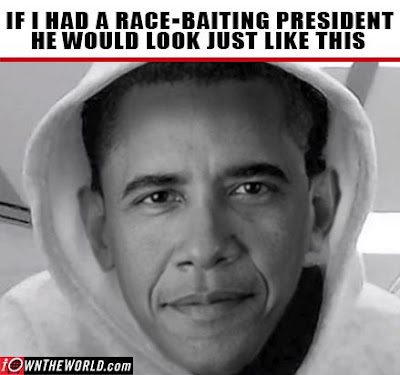 I could give a f**k about Chris Christie, but while the media was busy obsessing over “Bridgeghazi” this also happened:

The Obama administration is urging schools to abandon overly zealous discipline policies that civil rights advocates have long said lead to a school-to-prison pipeline that discriminates against minority students.

The wide-ranging series of guidelines issued Wednesday in essence tells schools that they must adhere to the principle of fairness and equity in student discipline or face strong action if they don’t. The American Civil Liberties Union called the recommendations “ground-breaking.”

“A routine school disciplinary infraction should land a student in the principal’s office, not in a police precinct,” Attorney General Eric Holder said.

Holder said the problem often stems from well intentioned “zero-tolerance” policies that too often inject the criminal justice system into the resolution of problems. Zero tolerance policies, a tool that became popular in the 1990s, often spell out uniform and swift punishment for offenses such as truancy, smoking or carrying a weapon. Violators can lose classroom time or become saddled with a criminal record.

Police have become a more common presence in American schools since the shootings at Columbine High School in 1999.

More than half of students involved in school-related arrests or referred to law enforcement were Hispanic or black, according to the data.

The recommendations encourage schools to ensure that all school personnel are trained in classroom management, conflict resolution and approaches to de-escalate classroom disruptions.

The government advises schools to establish procedures on how to distinguish between disciplinary infractions appropriately handled by school officials compared with major threats to school safety. And, it encourages schools to collect and monitor data that security or police officers take to ensure nondiscrimination.

The recommendations are nonbinding.

Education Secretary Arne Duncan has acknowledged the challenge is finding the balancing act to keep school safe and orderly. But, he said that, “we need to keep students in class where they can learn.”

Research suggests the racial disparities in how students are disciplined are not explained by more frequent or more serious misbehavior by students of color, according to a letter sent to schools with the recommendations by the departments.

“For example, in our investigations, we have found cases where African-American students were disciplined more harshly and more frequently because of their race than similarly situated white students,” the letter said. “In short, racial discrimination in school discipline is a real problem.”

My favorite part was the “nonbinding” sentence. Yeah, these are just recommendations, but if you don’t follow them you could lose federal money or even be sued by Eric Holder for civil rights violations.

I do agree that most of these “zero-tolerance” policies are stupid, or at least poorly written. We should not see six year old boys being suspended for pointing their fingers and going “Pew, pew” at each other. Nor should a teenage girl be expelled for giving a Midol tablet to a friend.

But there should be zero tolerance for criminal activity, especially those crimes involving violence.

The part that really bothers me is this administration’s obsession with race. Now they want the schools to keep specific data on the race of students involved in discipline. It is easy to guess what the unintended consequences will be – unofficial racial quotas.

Hans Bader, Senior Attorney with the Competitive Enterprise Institute (CEI) and former staff attorney in the DOE’s Office for Civil Rights, said in an email statement to Breitbart News, “There is something ironic about Education and Justice Department officials who have not been in a classroom in many years lecturing teachers about ‘classroom management, conflict resolution and approaches to de-escalate classroom disruptions.’”

Bader, who wrote extensively about the DOE’s investigation of the Oakland Unified School District over “racial disparities” and “disparate impact,” told Breitbart News, “The only practical way for a school system to comply with the Education Department’s demands is to adopt a de facto racial quota in discipline. But this itself puts the school system in legal jeopardy, since at least one federal appeals court has said that schools cannot use racial targets or quotas for school discipline, since that violates the Constitution’s Equal Protection Clause.”

Bader added that in the case of People Who Care v. Rockford Board of Education, the court ruled that “a school cannot use race in student discipline to offset racial disparities not rooted in school officials’ racism (so-called “disparate impact”).”

Roger Clegg, president and general counsel of Center for Equal Opportunity, who has also elaborated on the dangers of disparate-impact policy, said in an email statement to Breitbart News:

It is a mistake for public policies to be driven by an attempt to achieve a particular racial result. Indeed, the Obama administration’s approach turns Dr. King’s dream on its head: We push schools to make decisions based on color of skin rather than character. The victims will be students in the classroom most likely to be disrupted by unruly classmates, and those victims are disproportionately likely to be poor and minority — but this is a “disparate impact” that the Left always ignores.

In a blog post about the new discipline guidelines at the Cato Institute, Andrew J. Coulson, Director of Cato’s Center for Educational Freedom, wrote, “Unfortunately, this federal pressure may end up hurting black students far more than it helps them.”

Anyone who has ever worked in a classroom knows that even in the best of circumstances a small percentage of the kids take up an undue portion of the teacher’s time and attention. One student can disrupt an entire classroom. Allowing them to do that is unfair to the other students.

Every teacher loves students that are engaged and excited about learning. That’s why they got into teaching in the first place. Unfortunately, some kids are disengaged and uninterested in school. Some of them just sit there passively, doing as little as possible and waiting for class to end.

But some kids are disruptive and can even be a threat to the teacher and other students. Their behavior makes teaching the other kids difficult if not impossible. Frankly, some of them are just thugs waiting to graduate to a life of crime.

Father Flanagan was wrong – there are indeed “bad boys.”

That is not a racial thing. We didn’t have a lot of minorities in our school system when I was a kid, and most of the ones we had were military brats who are generally well-behaved. But clear back to the earliest grades I remember kids who were bullies, thieves vandals, and all-around trouble-makers. Most of these juvenile delinquents were white.

We had nine elementary schools, three junior highs and one high school in my hometown when I was growing up. We started out in the same classrooms and as we got older our paths diverged. Most of the kids that ended up in trouble as adults were showing signs of it as kids. The worst ones disappeared by the first couple years of high school. A couple ended up dead. Nobody I knew missed them when they were gone.

Our schools are supposed to provide our kids with an education. They should not be social engineering labs. As a general rule our public schools should be focused on the majority of the students – the ones who can and will learn and who will grow up to be responsible citizens.

I know this is politically incorrect but these problem children need to be identified and segregated from the others. Then they can be given the intense special treatment they need. Many of them can be saved, but not by pretending they are just like all the other kids. This applies equally to kids that are discipline problems and kids that are failing to keep up academically.

Here’s where it gets complicated. These problem children need an intervention. Unfortunately in most cases the parents can’t or won’t cooperate and there is only so much the schools can do. If we are going to save these kids we need to take them from their parents and put them in a new home environment.

The bleeding heart liberals and civil libertarians will scream if we do this. The fiscal conservatives will have a cow because of the cost involved to do it right. Simply dumping the kids into the foster care system won’t help.

I used to work in Juvenile Court, dealing both with neglected and abused kids as well at the delinquents. Very often the former became the latter and then a few more years down the road they were back in court with their own kids. Bleeding heart liberalism ain’t cheap.

There is another option. Once upon a time problem children were dealt with differently. The schools simply put all the bad apples in one barrel where they could cool their heels until the were old enough to join their parents in the criminal justice system.

Too bad the Nazis gave eugenics a bad name. We could solve a lot of problems if some people were not allowed to have kids.

If you really want to end the pipeline to prison, do something about this kind of stuff:

I was born and raised in a different country - America. I don't know what this place is.
View all posts by Myiq2xu - BA, JD, FJB →
This entry was posted in Education, Playing the Race Card, Racism and tagged Education, Racism. Bookmark the permalink.

105 Responses to Welcome to Obama’s Post-Racial America, where the only thing that matters is race