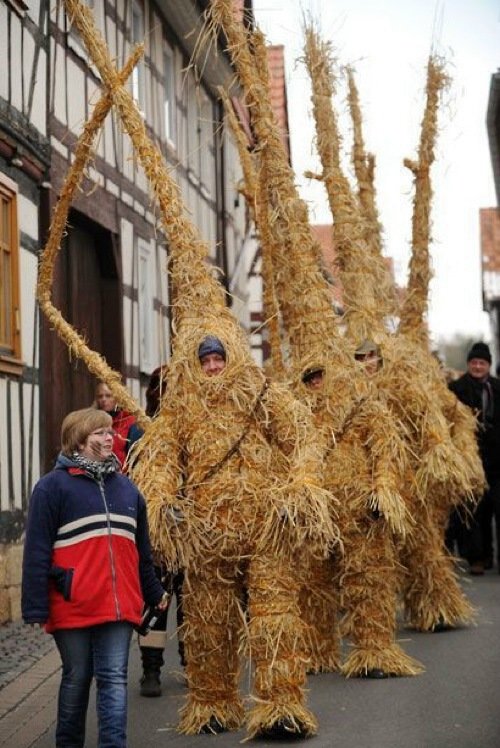 An Army of Strawmen

Why you’re wrong about communism: 7 huge misconceptions about it (and capitalism)

As the commentary around the recent deaths of Nelson Mandela, Amiri Baraka and Pete Seeger made abundantly clear, most of what Americans think they know about capitalism and communism is arrant nonsense. This is not surprising, given our country’s history of Red Scares designed to impress that anti-capitalism is tantamount to treason. In 2014, though, we are too far removed from the Cold War-era threat of thermonuclear annihilation to continue without taking stock of the hype we’ve been made, despite Harry Allen’s famous injunction, to believe. So, here are seven bogus claims people make about communism and capitalism.

Obviously, no private equity baron worth his weight in leveraged buyouts will ever part willingly with his fortune, and any attempt to achieve economic justice (like taxation) will encounter stiff opposition from the ownership class. But state violence (like taxation) is inherent in every set of property rights a government can conceivably adopt – including those that allowed the aforementioned hypothetical baron to amass said fortune.

In capitalism, competing ownership claims are settled by the state’s willingness to use violence to exclude all but one claimant. If I lay claim to one of David Koch’s mansions, libertarian that he is, he’s going to rely on big government and its guns to set me right. He owns that mansion because the state says he does and threatens to imprison anyone who disagrees. Where there isn’t a state, whoever has the most violent power determines who gets the stuff, be that a warlord, a knight, the mafia or a gang of cowboys in the Wild West. Either by vigilantes or the state, property rights rely on violence.

This is true both of personal possessions and private property, but it is important not to confuse the two. Property implies not a good, but a title – deeds, contracts, stocks, bonds, mortgages, &c. When Marxists talk of collectivizing ownership claims on land or “the means of production,” we are in the realm of property; when Fox Business Channel hosts move to confiscate my tie, we are in the realm of personal possessions. Communism necessarily distributes property universally, but, at least as far as this communist is concerned, can still allow you to keep your smartphone. Deal?

2. Capitalist economies are based on free exchange.

The mirror-image of the “oppressive communism” myth is the “liberatory capitalism” one. The idea that we’re all going around making free choices all the time in an abundant market where everyone’s needs get met is patently belied by the lived experience of hundreds of millions of people. Most find ourselves constantly stuck between competing pressures and therefore stressed out, exhausted, lonely, and in search of meaning. — as though we’re not in control of our lives.

We aren’t; the market is. If you don’t think so, try and exit “the market.” The origin of capitalism was depriving British peasants of their access to land (seizure of property, you might call it), and therefore their means of subsistence, making them dependent on the market for their survival. Once propertyless, they were forced to flock to the dreck, drink and disease of slum-ridden cities to sell the only thing they had – their capacity to use their brains and muscles to work – or die. Just like them, the vast majority of people today are deprived of access to the resources we need to flourish, though they exist in abundant quantities, so as to force us to work for a boss who is trying to get rich by paying us less and working us harder.

Even that boss (the apparent victor in the “free exchange”) isn’t free: the market places imperatives on the ownership class to relentlessly accumulate wealth and develop the forces of production or else fail. Capitalists are compelled to support oppressive regimes and wreck the planet, as a matter of business, even as they protest good personal intentions.

And that’s just the principle of the system. The US’s particular brand of capitalism required exterminating a continent’s worth of indigenous people and enslaving millions of kidnapped Africans. And all the capitalist industry was only possible because white women, considered the property of their fathers and husbands, were performing the invisible tasks of child-rearing and housework, without remuneration. Three cheers for free exchange.

I’m not gonna bother refudiating everything that is wrong with that article because it is an army of strawmen. But I posted the first two “misconceptions” so you could see the lies and distortions Myerson relies on to support his bogus arguments.