Lysenkoism is Alive and Well 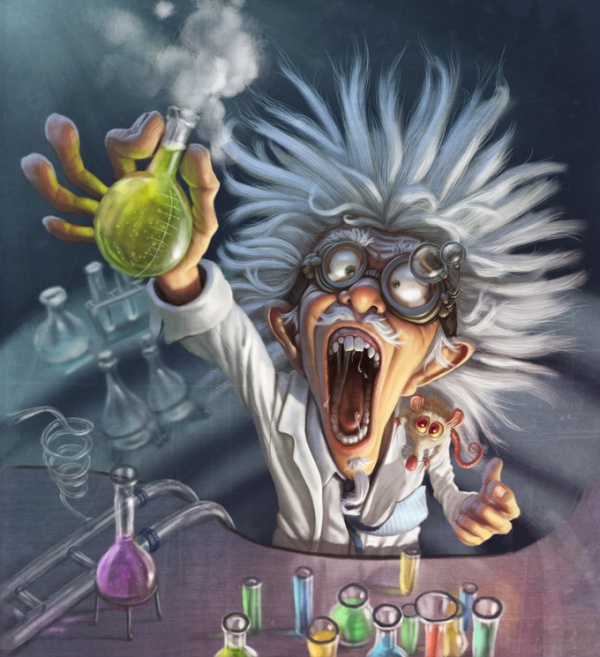 Patrick Michaels has an article in Forbes:

Will The Overselling Of Global Warming Lead To A New Scientific Dark Age?

Will the overselling of climate change lead to a new scientific dark age? That’s the question being posed in the latest issue of an Australian literary journal, Quadrant, by Garth Paltridge, one of the world’s most respected atmospheric scientists.

Paltridge lays out the well-known uncertainties in climate forecasting. These include our inability to properly simulate clouds that are anything like what we see in the real world, the embarrassing lack of average surface warming now in its 17th year, and the fumbling (and contradictory) attempts to explain it away.

Climate scientists have been profoundly defensive about the known problems. Paltridge elegantly explains that this has to be the case, and describes the likely horrific consequences when the day of reckoning finally arrives.

That day is coming closer, because, as Paltridge notes, people are catching on:

“…the average man in the street, a sensible chap who by now can smell the signs of an oversold environmental campaign from miles away, is beginning to suspect that it is politics rather than science which is driving the issue.”

The scientific establishment has painted itself into a corner over global warming. Paltridge’s explanations for this are depressingly familiar to those who read these columns.

Science changed dramatically in the 1970s, when the reward structure in the profession began to revolve around the acquisition of massive amounts of taxpayer funding that was external to the normal budgets of the universities and federal laboratories. In climate science, this meant portraying the issue in dire terms, often in alliance with environmental advocacy organizations. Predictably, scientists (and their institutions) became addicted to the wealth, fame, and travel in the front of the airplane:

“A new and rewarding research lifestyle emerged which involved the giving of advice to all types and levels of government, the broadcasting of unchallengeable opinion to the general public, and easy justification for attendance at international conferences—this last in some luxury by normal scientific experience, and at a frequency previously unheard of.”

Every incentive reinforced this behavior, as the self-selected community of climate boffins now began to speak for both science and in the service of drastic regulatory policies. In the measured tones of the remarkably lucid and precise writer that he is, Paltridge explains how the corner got painted:

“The trap was fully sprung when many of the world’s major national academies of science (such as the Royal Society in the UK, the National Academy of Sciences in the USA and the Australian Academy of Science) persuaded themselves to issue reports giving support to the conclusions of the IPCC [the United Nations’ Intergovernmental Panel on Climate Change]. The reports were touted as national assessments that were supposedly independent of the IPCC and of each other, but of necessity were compiled with the assistance of, and in some cases at the behest of, many of the scientists involved in the IPCC international machinations. In effect, the academies, which are the most prestigious of the institutions of science, formally nailed their colours to the mast of the politically correct.

Since that time three or four years ago, there has been no comfortable way for the scientific community to raise the spectre of serious uncertainty about the forecasts of climatic disaster.”

Every year that elapses without a significant warming trend more and more erodes the credibility of not just climate science, but science in general:

“In the light of all this, we have at least to consider the possibility that the scientific establishment behind the global warming issue has been drawn into the trap of seriously overstating the climate problem—or, what is much the same thing, of seriously understating the uncertainties associated with the climate problem—in its effort to promote the cause. It is a particularly nasty trap in the context of science, because it risks destroying, perhaps for centuries to come, the unique and hard-won reputation for honesty which is the basis of society’s respect for scientific endeavour.” [emphasis added]

This is the scariest part, and it is apparent that this unravelling has already begun. Serious scholars of science, like University of Montreal’s Daniele Fanelli, and Stanford’s John Iaonnadis are publishing quantitative analyses of the proliferation of scientific errors that is malignantly invading the profession because of, in part, the funding and reward model. When this “third rail” is actively being researched by people of such quality, it is apparent that the sickness of climate science is not just confined to climate science.

Some people see science and religion as mutually incompatible. Nonetheless, they have a lot in common. Both science and religion attempt to explain the creation of the universe, the origin of life, as well as how and why nature works. Both are seen as something that should be pure and untainted by human emotion and weakness. Indeed, scientists are sort of a secular priesthood.

This isn’t anything new. Anyone who has studied a little history knows that science, like religion, has a sordid past. It’s the human factor. Scientists (just like priests) are human. They are greedy, egotistical, pig-headed, sneaky, dishonest and filled with lust.

Just as with religion, the worst scientists are the fanatics – the true believers. Science is supposed to be based on empirical evidence, but true believers refuse to trust their lying eyes. So what if your ship was trapped in Antarctic ice, you KNOW that the ice is disappearing!

Lysenko would be proud.

Here’s a little blurb about the author:

I am Director of the Center for the Study of Science at the Cato Institute and a senior fellow in research and economic development at George Mason University. My writing has been published in major scientific journals, including Climate Research, Climatic Change, Geophysical Research Letters, Journal of Climate, Nature and Science, as well as publications like the Washington Post, Washington Times, Los Angeles Times, USA Today, Houston Chronicle and Journal of Commerce. I have a Ph.D. in ecological climatology from the University of Wisconsin at Madison.

I was born and raised in a different country - America. I don't know what this place is.
View all posts by Myiq2xu →
This entry was posted in Global Warming and tagged Global Warming. Bookmark the permalink.

82 Responses to Lysenkoism is Alive and Well