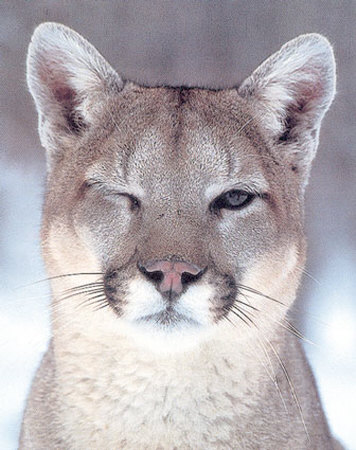 Why I Refuse To Cheer The GOP “Establishment”

Yesterday I went on a Twitter rant (that’s what it’s for, right?) against Mitch McConnell’s debt ceiling shenanigans (the old, vote for cloture when you could stop it but against the bill on final passage when you can’t trick).

HQ and personal favorite Charles C.W. Cooke replied to one of the tweets.

He followed up by saying he’d be writing more about it later.

Still, all of that notwithstanding, many conservatives have of late demonstrated a worrying tendency to believe that the virtue of their grievances and the legitimacy of their pursuits must automatically translate into political victory — and that if these do not, that this is the fault of the leadership of the Republican party. I appreciate that this is difficult for some to hear, but I would venture that the opposite is the case. In my estimation, the only thing of which Mitch McConnell and John Boehner have been guilty in the past few years is to have worked tirelessly within political reality and to have reacted sensitively to the hands that they were dealt. The hysterical epithets and acronyms, the witless talk of the amorphous “Establishment,” and the lucrative fundraising e-mails all to one side, there is little that either man could have done differently while their party controlled just one half of one branch of government.
…
“I’d be willing to risk losing the Senate if we could keep America,” Mitch McConnell’s primary challenger, Matt Bevin, told Glenn Beck this morning. What an astonishingly incoherent and misguided sentence that is. “For what shall it profit a man, if he shall gain the whole world, and lose his own soul?” asks the King James Bible. A fair question, yes, but politics is a different game altogether, and, in this case, the alternative isn’t an otherworldly victory or spiritual advancement but simply more loss. The question for Bevin must be “for what shall it profit a man if he shall lose another debt-ceiling fight and lose his party’s shot at the Senate as well?” And the answer is “not at all.” If this is what we are to expect from the revolution — a host of nihilistic, suicidal, performance artists who would rather be outside of the control room screaming than inside and in charge — then give me the cynical calculations of a Mitch McConnell any day of the week.

Charles is correct that defeating the debt ceiling hike was a losing game for the GOP. That’s why I opposed pretending to use it last fall. You can’t play chicken when you announce that you will turn away first. McConnell knew this and yet he and other Republican leaders talked up a fight on the debt limit. Don’t blame me for holding them responsible for their failure to deliver on their rhetoric.

I looked back at the debt ceiling hikes during the Bush years (that’s as far back as I had time to check) and there were seven of them totaling $5.85 trillion in increases. Mitch McConnell voted for each and every one of them. Only in 2009 did he begin to vote against hiking the debt ceiling. I find it hard to believe that McConnell suddenly found a principled objection to ever increasing debt. It seems pretty clear his biggest problem with debt is that it’s now political expedient to be against it. Remember, then Senator Obama said hiking the debt ceiling “is a sign of leadership failure”.

I have no faith that given more power, even the Presidency, the current GOP “establishment” will behave any better then they are now or have in the past. I don’t come to this simply as a nihilistic hater but as McConnell’s debt ceiling history shows, as someone who is well acquainted with what the party and its “establishment” history.

Others may have more faith in their latest promises that they’ve seen the light and will stay on the straight and narrow hence forth but I see no evidence of it. In fact there are many reasons to believe the exact opposite.

Remember when the sequester was supposed to be the Holy Grail to be protected at all costs to trade for entitlement reform? Or when every dollar of debt hike was supposed to be offset by a dollar or more of spending cuts? They couldn’t rollover fast enough on that to get the spending moving again.

If you want to change the way business has been done under Democrats and Republicans alike, at some point you will have to change the people doing that business.

If you really want to change the way business gets done in Washington DC, the first thing you have to do is identify the real problem. Here is what is wrong with our government:

That’s right, we have met the enemy and they are us.

Politicians pander to us, but WE LET THEM! This is the eternal problem with all democratic forms of government. You can have principles but no power, or you can have power but no principles.

Part of the blame has to go to our Founding Fathers, because they set this shit up. They didn’t want efficient government, they wanted a clusterfuck. And that’s exactly what we have.

If you want to accomplish anything in politics you either have to win elections or buy politicians. Whichever method you choose you have put together a majority in the legislature and win/buy the presidency, or you have to win/buy supermajorities in both houses of Congress. And you will need to do that repeatedly.

Right now we have some serious financial problems staring us in the face. There is no simple and painless way to fix the mess we are in. But every time a politician tries to discuss fiscal sanity We the People clap our hands over our ears and go “La la la, I can’t hear you!”

God forbid they actually try to impose a little fiscal discipline! Paul Ryan tried it and they accused him of wanting to throw grandma off a cliff. He don’t talk about that stuff much anymore, does he?

The answer is not the other party. Since 2001 each party has had a period of hegemonic control of the federal government. At no point did spending slow down significantly and the national debt has exploded.

I wish I knew what the answer is. We spent all of our money, maxed out our credit cards and now we’re writing hot checks. We’re robbing Peter AND Paul to pay Mary for some crap we don’t need. And we ain’t gonna stop until we crash and burn. 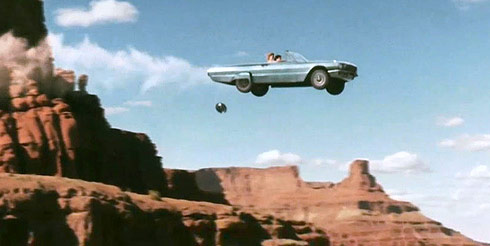 129 Responses to Principle vs. Party