Hollywood Stars’ Statements on the Protests in Venezuela 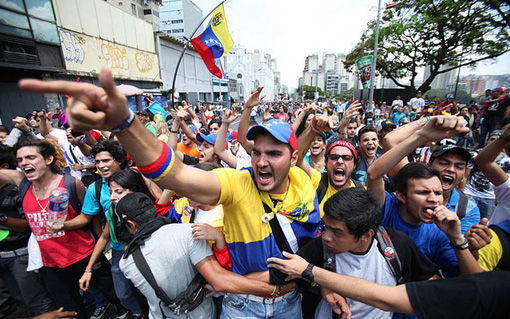 Shots rang out and tear gas clouded the air of a wealthy Caracas district Saturday night as protests against the government continued for a fourth consecutive day.

There is growing anger here at soaring inflation — which is up to 56.3% over the past 12 months — and a murder rate that, according to local NGOs, is one of the world’s highest.

“The government is taking us into the slaughterhouse,” said Valentina Ortiz, a 33-year-old pediatrician in Plaza Altamira. “We’ll just be able to get food and water soon.”

Like Ortiz, other protesters vowed to rally until things change.

The protests are the largest faced by President Nicolás Maduro since he came to power last year after the death of Hugo Chávez.

Saturday night’s violence erupted after tens of thousands turned out for government and opposition marches during the day, both of which remained peaceful. There was a joyous, festival atmosphere at the pro-government march.

“The Revolution is love, is peace,” read many placards, denying claims the government was to blame for the violence.

Maduro has vowed to put an end to the violence.

“I’m not giving up a single millimeter of the power invested in me by the Venezuelan people,” Maduro told the crowds, from a brightly-colored stage peppered with the words, “People of Peace.”

The 51-year-old president has called the protesters “Nazi fascists” who want to see him toppled from power. He blamed them for the violence. 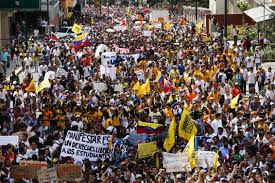 To which Danny Glover added:

Good luck finding television stories about the unrest in Venezuela. Remember the wall-to-wall coverage in Tahir Square? Apparently the television media are too busy covering Michael Sam’s and Ellen Page’s coming out celebrations and don’t have time for Caracas.

Besides, who wants to visit a country with a toilet paper shortage?

101 Responses to Hollywood Stars’ Statements on the Protests in Venezuela