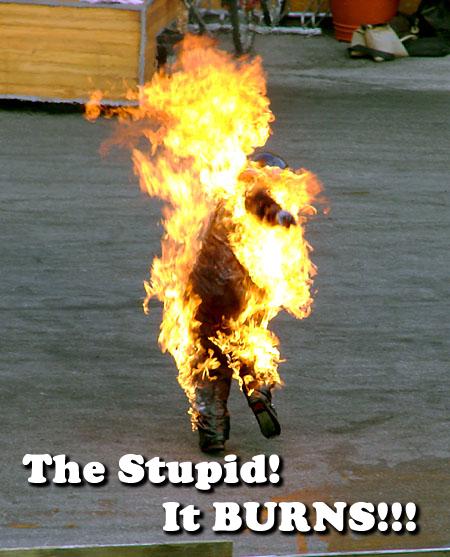 From the Annals of Dumbfuckery:

Republican lobbyist Jack Burkman is pushing for legislation that would ban openly gay athletes from the National Football League, spurred on by the recent news about Michael Sam publicly coming out. He is appealing directly to Republican members of Congress to propose a bill on the issue, telling The Huffington Post that there are five House members and one senator “interested in co-sponsoring the bill” and he expects more to join on.

Burkman acknowledges that normally, conservatives don’t like the idea of imposing policy on private businesses, but says that this belief is now “trumped for reason of great urgency or necessity” and it all comes down to the NFL’s moral standing.

“I felt that if the NFL doesn’t have any morals, and people like [Commissioner] Roger Goodell, who are just go-along-get-along guys, just want to appease advertisers, appease corporate America and all that stuff… I figured, well, it is time for conservatives in Congress to step in and define morality for them.”

Burkman admitted “it would be a start” if openly gay players used different bathrooms from straight players, and Fox News’ Chad Pergram tweeted that Burkman’s proposed bill would “ban openly gay players… or require [the] league to provide separate facilities”:

Just when you think the Democrats have cornered the market on stupidity, the Republicans go and prove you wrong.