I haven’t been this optimistic about the Oakland Raiders since the beginning of the 2003 season.

Last night the Raiders used the fifth pick in the draft to select Khalil Mack, a linebacker from Buffalo, as their first pick in the 2014 NFL Draft. For obvious reasons I would have preferred LB Jadaveon Clowney, but many experts think Mack is actually better. The Raiders were surprised that he was still available when their turn came up and the didn’t hesitate to grab him.

The second round started today, and the Raiders used the fourth pick (36th overall) to grab QB Derek Carr from Fresno State. Carr set all kinds of passing records for the Bulldogs, including the records of his older brother David who preceded him at Fresno State and in the NFL. Derek Carr was considered by many experts to be a first round pick, so the Raiders got another steal. Plus he’s a local boy from Bakersfield.

I realize that the Raiders have a bad record when it comes to draft picks over the past couple decades, but the season is still several months away so I’m gonna go ahead and feel good for a little while. 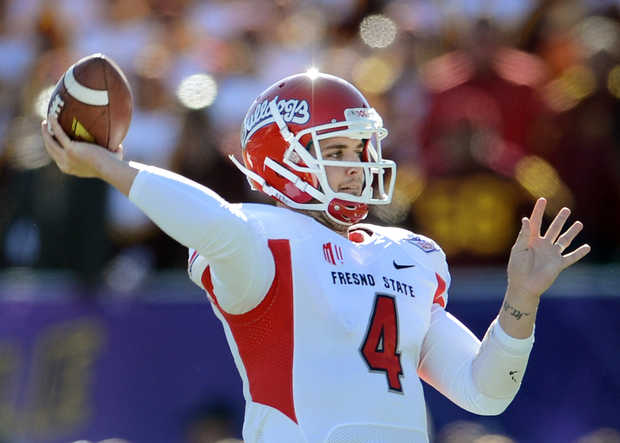 I was born and raised in a different country - America. I don't know what this place is.
View all posts by Myiq2xu - BA, JD, FJB →
This entry was posted in NFL Football and tagged NFL Football. Bookmark the permalink.