Freedom of Speech Isn’t Just A Law, It’s A Principle 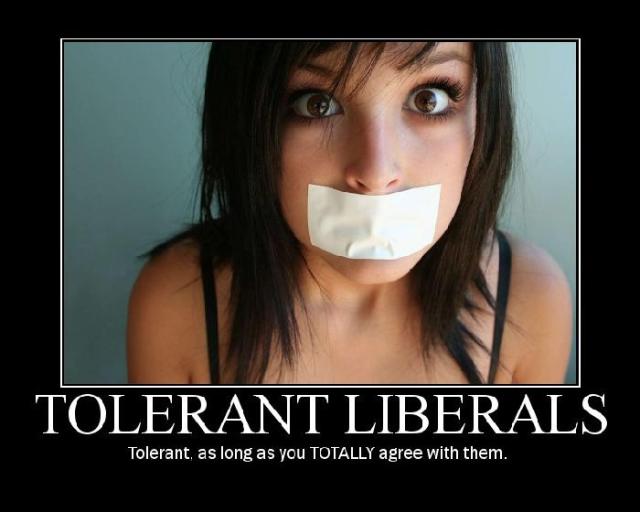 It’s about damn time someone did this:

A commencement speaker on Sunday blasted Pennsylvania college students as “immature” and “arrogant” for protesting another speaker who then decided to withdraw.

William Bowen, former president of Princeton University, used his commencement speech at Haverford College outside Philadelphia to criticize students who campaigned against Robert Birgeneau, former chancellor of the University of California, Berkeley.

Birgeneau is among several commencement speakers who canceled their appearances this spring amid student protest.

More than 40 students and three professors had protested Birgeneau’s invitation to speak, objecting to his handling of a 2011 incident at Berkeley in which police used force at a student protest. The group wanted Birgeneau to apologize, support payments for victims, and write a letter to Haverford students explaining his position on the events and “what you learned from them.”

Birgeneau, who was also supposed to receive an honorary degree from Haverford, refused those demands and others in a terse email.

“I am disappointed that those who wanted to criticize Birgeneau’s handling of events at Berkeley chose to send him such an intemperate list of `demands,’” Bowen said Sunday.

“In my view, they should have encouraged him to come and engage in a genuine discussion, not to come, tail between his legs, to respond to an indictment that a self-chosen jury had reached without hearing counter-arguments.”

Bowen also said Birgeneau had “responded intemperately, failing to make proper allowance for the immature, and, yes, arrogant inclinations of some protesters. Aggravated as he had every right to be, I think he should be with us today.”

He called Birgeneau’s withdrawal a defeat for the university.

His remarks drew a standing ovation.

Freedom of speech is under attack in this country. I tend to be an absolutist when it comes to our civil rights and freedoms, and this mostly left-wing fascism is deeply troubling to me. It is no less troubling that the attacks on our freedom of speech do not raise First Amendment issues.

Those ten words have taken up a disproportionate share of Supreme Court jurisprudence over the past couple centuries. One of the issues that the court has made very clear is that the First Amendment only applies to government action.

The Speech Nazis are quick to point out that the First Amendment does not prohibit things like boycotts against people who say offensive things or advocate offensive ideas. If the NBA wants to fine Donald Sterling a couple million dollars and force him to sell the team, no government action is involved.

We have seen a number of instances recently where people were threatened with or subjected to loss of income for saying things that were perfectly legal but that others found offensive. Phil Robertson of Duck Dynasty is just one example. Chik-fil-A is another. Brendan Eich was forced to resign from Mozilla when it was revealed that he had donated to the campaign to support Propsition 8, the anti-gay marriage initiative in California

In Sterling’s case the offensive things he said were not made in public but rather in private. Nonetheless, when they were revealed the NBA took action against him.

The First Amendment is a law, but freedom of speech is a principle. We need to defend both.

“America isn’t easy. America is advanced citizenship. You’ve gotta want it bad, ’cause it’s gonna put up a fight. It’s gonna say, ‘You want free speech? Let’s see you acknowledge a man whose words make your blood boil, who’s standing center stage and advocating at the top of his lungs that which you would spend a lifetime opposing at the top of yours.’ You want to claim this land as the land of the free? Then the symbol of your country cannot just be a flag. The symbol also has to be one of its citizens exercising his right to burn that flag in protest. Now show me that, defend that, celebrate that in your classrooms. Then, you can stand up and sing about the land of the free.”

We need to put a stop the the Speech Nazis. If some special snowflake has his or her fee-fees hurted by some mean words, we need to tell them to grow the fuck up. If you can’t deal with somebody else exercising his/her freedom of speech, the problem is YOU, not them.

There is a huge difference between not listening to someone and silencing them. But sometimes you just have to put up with annoying shit.

Boo fucking hoo. Pull on your big boy panties and get over it.

I was born and raised in a different country - America. I don't know what this place is.
View all posts by Myiq2xu →
This entry was posted in Freedom of Speech and tagged Freedom of Speech. Bookmark the permalink.

134 Responses to Freedom of Speech Isn’t Just A Law, It’s A Principle