In the Dead of Night

Nothing to see here:

Back on U.S. soil: Bowe Bergdahl arrives at San Antonio military medical center after five years of captivity in Afghanistan

Sgt. Bowe Bergdahl landed on American soil in the early hours of Friday morning after more than five years in captivity spent with the Taliban.

The deeply controversial POW landed at Lackland Air Force Base in San Antonio after 1am local time and was taken to nearby Brooke Army Medical Center. The Idaho native is expected to be reunited there with his family.

No media were allowed to witness the former prisoner’s return.

He is not scheduled to make any public appearances ahead of what is being referred to as Phase 3 of his reintegration process.

‘Our first priority is making sure that Sgt. Bergdahl continues to get the care and support he needs,’ said Pentagon spokesman Rear Adm. John Kirby on Thursday.

The spokesman said Defense Secretary Chuck Hagel ‘is confident that the Army will continue to ensure that Sgt. Bergdahl receives the care, time and space he needs to complete his recovery and reintegration.’

Bergdahl will now spend time with a special team which has been preparing for his return since the U.S. Army first knew that he had been taken captive. The team trained every six months for a week at a time.

‘It’s a very gradual, phased approach in trying to re-acclimate the person back to society, back to freedom,’ Marc Gonsalves told CBS News.

Phase 3 of Bergdahl’s re-integration plan will include medical care, as well as psychological and legal support. He will also slowly be reunited with his family.

According to the military, there’s no telling how long Phase 3 of Bergdahl’s reintegration will last and how long he will be in San Antonio.

Since his prisoner exchange for five Taliban prisoners held in Guantanamo, Bergdahl has been recuperating under supervision in the U.S. military hospital in Landstuhl, Germany.

Indeed, according to NBC News, Bergdahl was in sufficiently ‘good enough physical condition’ to return to the United States before today, but was ‘not ready psychologically or emotionally’.

Furthermore, he has still not spoken to his family back in Hailey, Idaho, who canceled a homecoming party for the captured soldier after huge question marks about his desertion and wisdom of the exchange raged.

Uh huh. I ain’t no headshrinker but it sure is conveeenient that Bergdahl can’t talk to anybody. I suppose that bringing him back on a military flight in the middle of the night was just a coinkydink too.

I don’t doubt that Bergdahl is going thru some mental and emotional issues right now. But as far as I know he’s not a prisoner so theoretically he’s free to go. Of course military personnel aren’t quite as free as the rest of us, so they could simply order him to stay at the hospital without needing a court order to commit him as a danger to himself and others. I’m sure he wouldn’t violate orders and walk away, would he?

I guess I’m just being cynical but it sure seems to me like it’s for reasons other than his health that the government doesn’t want anybody talking to Bergdahl right now. I’m sure any day now he’ll be holding a press conference or at least a photo op with his friends and family. Maybe Obama will show up and give a little “welcome home” speech.

Meanwhile, on a related note, there is something I did want to talk about. Apparently Bowe Bergdahl has become a litmus test for how much you support the troops.

This all goes back to the Vietnam war when some people on the left got carried away with their opposition to the war and started blaming the soldiers that were fighting it. That’s where we got the urban legends of returning soldiers in airports getting spit on by hippies.

The fact that no hippies were beaten to death in airports by returning soldiers is proof that the spitting stuff never happened. Nonetheless, the left’s reputation for hostility and disdain for the troops became part of our conventional wisdom.

Then came the First Gulf War, aka “the Liberation of Kuwait.” That one-sided ass-whupping of Saddam Hussein’s Iraqi Army was met with overwhelming public approval. In order to retain credibility and political viability in a time of hyper-patriotism, people on the left boldly proclaimed that they supported the troops too.

In practice, when people on the left say they support the troops they mean “don’t send them to war – ever!” But it doesn’t take much effort to expose their antipathy to those who serve. Just last week they were calling Bergdahl’s platoon members psychopaths.

Military members, veterans and their families tend to be more conservative than the public at large. They also tend to be more patriotic, own guns and vote Republican. Lots of them come from those awful “red” states in the South and in flyover country.

In other words, they are everything your typical lefty despises.

My point (and I do have one) is that people on the left only seem to support the troops when there is some political advantage to be gained. In other words, they’re fucking hypocrites. 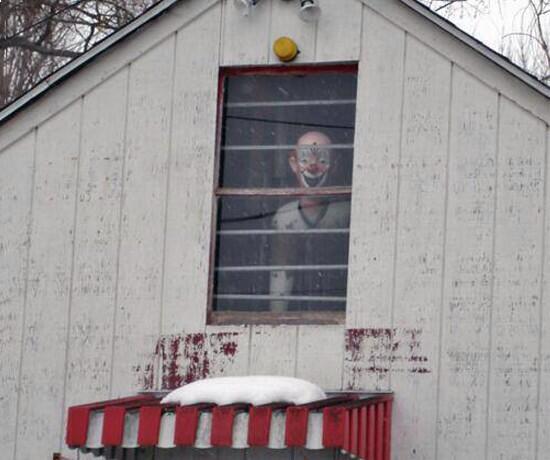 I was born and raised in a different country - America. I don't know what this place is.
View all posts by Myiq2xu - BA, JD, FJB →
This entry was posted in Bowe Bergdahl and tagged Bowe Bergdahl. Bookmark the permalink.

92 Responses to In the Dead of Night